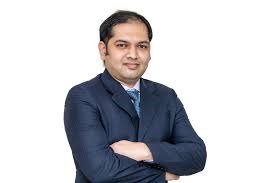 At the time of admission, the patient was suffering from multiple comorbidities with severe tightness in the main valve with severe leak in all other valves and pulmonary hypertension (PAH) with congestive cardiac failure. The patient’s complications began when the heart was no longer pumping efficiently leading to pressure in the artery carrying blood to lungs and consequently leading to kidney and liver failure. The criticality of her condition made her go from hospital to hospital as she was declined admission and finally reached Fortis Malar.  The team at Fortis Malar optimized her with medicines and revaluated to avert multiple valve replacements and repairs. With the guidance of medical experts, the patient opted for minimally invasive valve replacement surgery and got her mitral valve replaced with a mechanical one.

Speaking about the surgery, Dr. Thejaswi N Marla, Cardio Thoracic Vascular Surgeon, said, “The patient was bedridden with the inability to carry on any physical activity, She was suffering from multiple comorbidities with difficulty in breathing and came to OPD on a wheelchair. She was at high risk even for routine sternotomy. Apart from congestion, she also suffered from liver dysfunction, renal dysfunction, cardiac failure in Pulmonary edema with poor oxygenation and severe PAH. Since she had already undergone mitral balloon valvotomy in 2006, it was challenging to do the peripheral canulation without compromising on the systemic oxygenation. She had high PAH and that she might require a redo surgery for other valves. Hence, we chose to go with a technically advanced minimally invasive procedure and replaced the mitral valve. She has now recovered completely in a short span of 3 days, discharged and will lead a healthy life ahead.”

Commenting on the success of the surgery, Mr. R Chandrasekar, Facility Director, Fortis Malar, said, “The minimally invasive procedure is beneficial for patients, and it helps the patient alleviate the worries that they may have about it having a major operation. Once the surgery is completed, they also return to normal life much quicker, than through other conventional procedures. I would also like to congratulate Dr. Thejaswi N Marla and the multidisciplinary team of medical experts, infection control team, anesthetists, dieticians, and nurses who worked in close coordination to achieve yet another clinical milestone.”

Speaking further, Mr. Chandrasekar thanked Tamilnadu Government and Chief Minister for the excellent initiative and bringing in few more treatment under the CMCHIS scheme. Medical fraternity really appreciate the efforts of helping us to serve the needy people.

Doctors at Kamineni Hospitals, Hyderabad, Give New Lease of Life to Single-Lung…