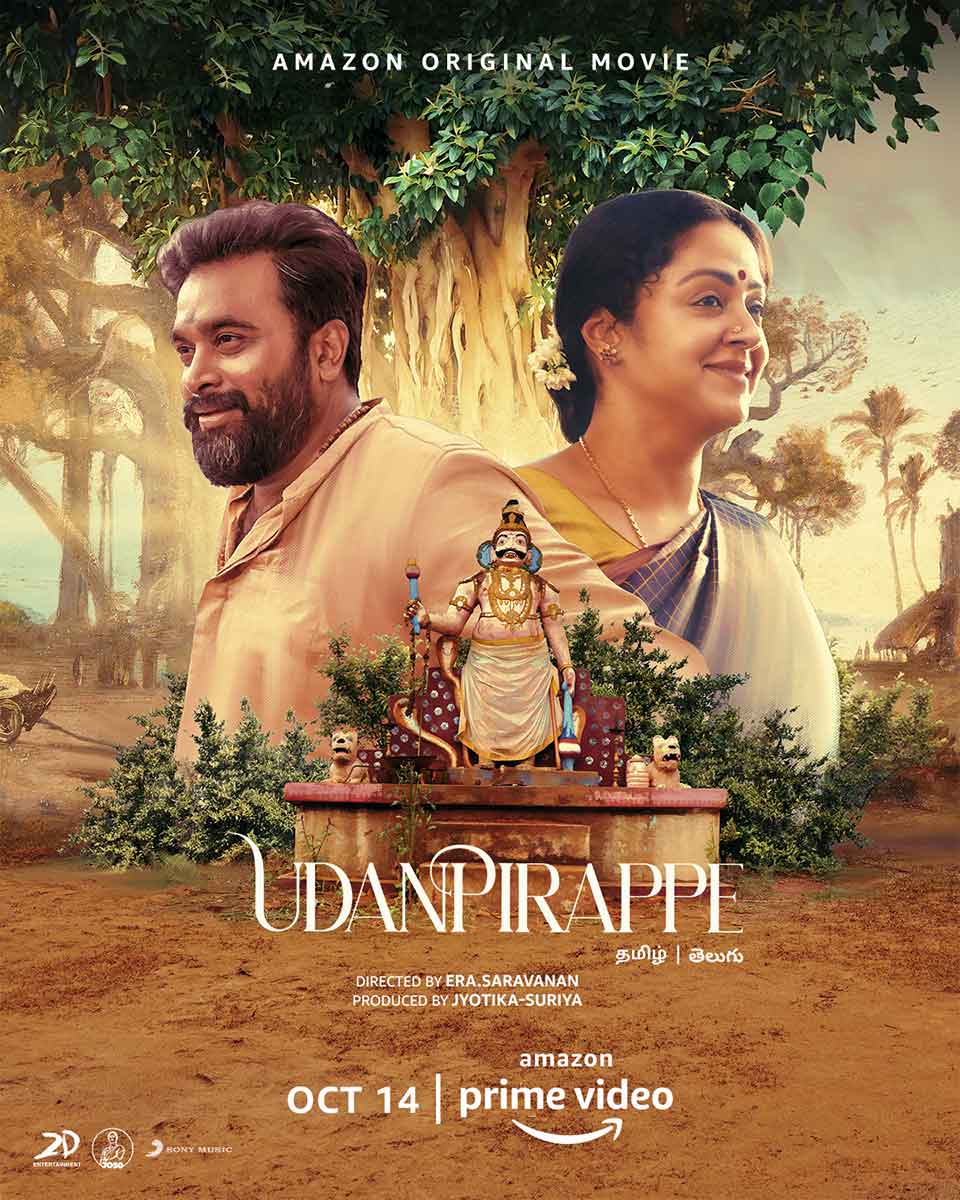 As the festive season approaches, it’s time for family and happy moments. We all try to find joy in simple things like watching some movies, travelling with loved ones, cleaning our homes and making some delicious treats. This Dussehra, we bring to you a movie which should be on your watchlist as it’s a family drama which you will thoroughly enjoy with your loved ones. Udanpirappe is an upcoming Tamil movie starring the one and only Jyotika.

The celebrations get bigger and better as this is her 50th film and produced by her home banner 2D Entertainment. So, without any further ado, here are 5 things from the recently-released trailer of this movie, which made us excited to watch this movie releasing on October 14, 2021, exclusively on Amazon Prime Video. The film will also be released in Telugu as Raktha Sambandham.

Udanpirappe is a milestone move as it’s Jyotika’s 50th film. This phenomenal actress has showcased her talent and versatility in many different films in various languages. She is considered as one of the actresses, who has not only entertained audiences but sent meaningful messages as well. She considers her acting as a powerful tool to make this a better place. According to her, her role in Udanpirappe has the most powerful tool that a woman has – silence. This movie celebrates her and womanhood in different roles they play in the walk of life making it a film we can’t afford to miss.

One of the most important elements of any movie is the actors who slip into characters and bring to life the various emotions and actions in the script. Along with Jyotika, this film features Sasikumar, Soori, Samuthirakani to play pivotal roles. Interestingly, Sasikumar, Soori and Samuthirakani have worked before. Sasikumar and Samuthirakani are thick friends in real life while Sasikumar and Soori’s pairing in films is loved by fans. Given the off and onscreen camaraderie of the talent, we are excited for them to come together in the same film.

A promising filmmaker in Era Saravanan

This movie is written and directed by Era Saravanan, who is considered as one of the promising directors in the Tamil Film Industry. His cinematography, staying true to the storyline and realistic-heartfelt movies make him one of the viewer’s favorite directors. He is known for his movie Kathukutty, a film on agriculture and water conservation. The other strong pillar needed for any movie is the producer. Udanpirappe is produced by Jyotika and Suriya under their production banner – 2D Entertainment.

A movie about Family

Udanpirappe is a Tamil movie which is also releasing as Raktha Sambandham in Telugu. This family drama is coming on the right occasion of Dussehra where we all will be home with our loved ones. The trailer shows instances which are so relatable that we might say this is the story of our home. The trailer is power packed with drama, emotion and love for family which made us excited to watch the film.

As if having a stellar cast and an amazing director and a producer behind this movie wasn’t enough, the film will transport you to a lush green village of Pudukottai in Tamil Nadu. The scenes with farms, water bodies and small but beautiful temples will take your heart away. The trailer itself looked so colourful and soothing. It was filled with village women working in farms and at home and celebrating a festival in a temple.

So, stop scrolling to find what to watch this festive season as we have already given you 5 reasons to be excited about Udanpirappe which is releasing on October 14, 2021 exclusively on Amazon Prime Video.

Megan Fox starrer, “Till Death” to premier on Lionsgate Play