A starry evening as Amazon miniTV hosts an exclusive screening of their latest short-films, Gray and Tasalli Se 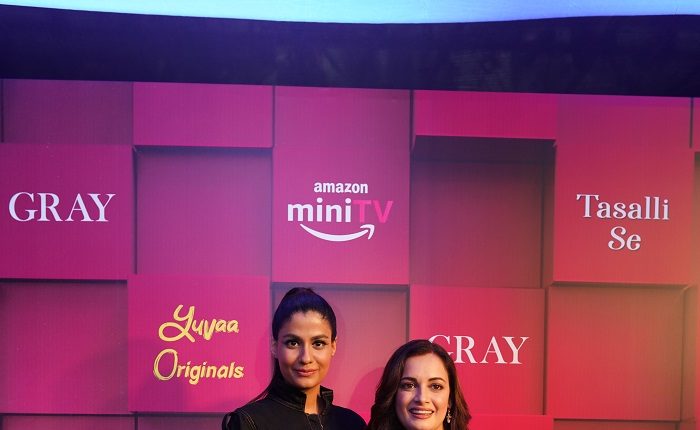 Amazon miniTV’s recently launched short films Tasalli Se and Gray are streaming on the service within the Amazon shopping app. A special screening was organised in Mumbai, in the presence of the lead cast including Dia Mirza, Nakuul Mehta, Naveen Kasturia and Shreya Dhanwanthary. The screening was attended by some of the most popular artists from the industry including Ali Fazal, Sunny Kaushal, Kubbra Sait, Kritika Kamra, Karan Tacker, Shreya Chaudhury, Zakir Khan, Anup Soni, Maanvi Gagroo, Ahsas Channa, Shweta Tripathi, Ritwik Bhowmik, Ayush Mehra among many others.

With stellar performances from the lead cast, a crisp narrative and top-notch cinematography; the short films have been receiving brilliant response from the audiences.

Tasalli Se is a beautiful story of two best friends who grow apart due to some quarrel on social media, while Gray captures the journey of a young lady who is trying to figure out the importance of consent.

Both the short films are streaming now on the service within the Amazon shopping App for FREE!

The Lord Of The Rings: The Rings Of Power To Have A Marriage Of Visual And Practical…