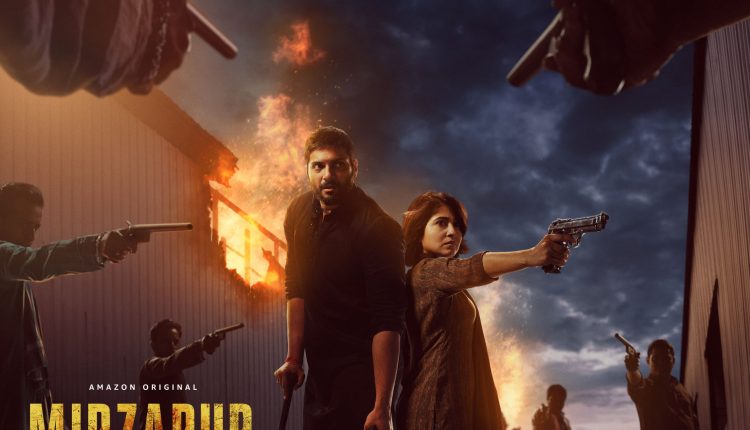 Mumbai: Amazon Original, Mirzapur Season 2, has won top honours at the Asian Academy Creative Awards (AAA), Asia Pacific’s (APAC) most prestigious awards for creative excellence, held on 2nd and 3rd December 2021 in Singapore. The awards showcase excellence in the film and television industry across the APAC region. Streaming on Amazon Prime Video, India’s most preferred entertainment destination, Mirzapur is a blockbuster show that has won appreciation and love from fans and critics alike. Its win in the ‘Best Original Programme by a Streamer/OTT’ category further solidifies its position as a trailblazing show in the digital space.

“At Prime Video, we are constantly working towards offering our viewers compelling content across genres, categories, languages and formats, that entertains, inspires and provokes,” said Aparna Purohit, Head of India Originals, Amazon Prime Video India. “Our programming reflects the diverse voices of our customers and provides a global showcase for stories that are deeply rooted in local culture, making them more authentic, engaging and immersive for viewers across the world. As we complete 5 years in India, our win at the prestigious Asian Academy Creative Awards is validation that our relentless efforts to find and give a platform to the best stories, storytellers and talent, is working. I would especially like to mention actor, Brahma Mishra, who essayed the role of Lalit in the series and met with a tragic demise this week. This award is a tribute to him and the hard work put in by him and his co-actors and technicians in making the series what it is today.”

Puneet Krishna, Creator, on receiving the award for Mirzapur Season 2 said, “It is a huge moment for every technician and talent from Mirzapur, a series that has become a household name. The show’s authenticity and relatability make it a rather unique and interesting series, one that engages the audience at a deeper level. A heartfelt thanks to every actor and every person working extremely hard behind the camera to make Mirzapur a memorable viewing experience for the audiences. Thank you, Asian Academy Creative Awards, for recognizing our efforts. We would like to dedicate this award to Brahma Mishra, one of the most talented actors that we have worked with, and only wish that he was here to share this moment with us.”

This win reinforces Prime Video’s position as the go-to service for engaging stories and storytellers. Commemorating five years of entertaining Indians through its diverse, authentic, local content, it has not only become the most preferred destination for entertainment but is also being acknowledged within the country’s creative economy for its role in ushering in a new era of entertainment.