Fossilized remains of a new species of dinosaur that lived 90 million years ago have been discovered in Patagonia, Argentine palaeontologists announced on Thursday. 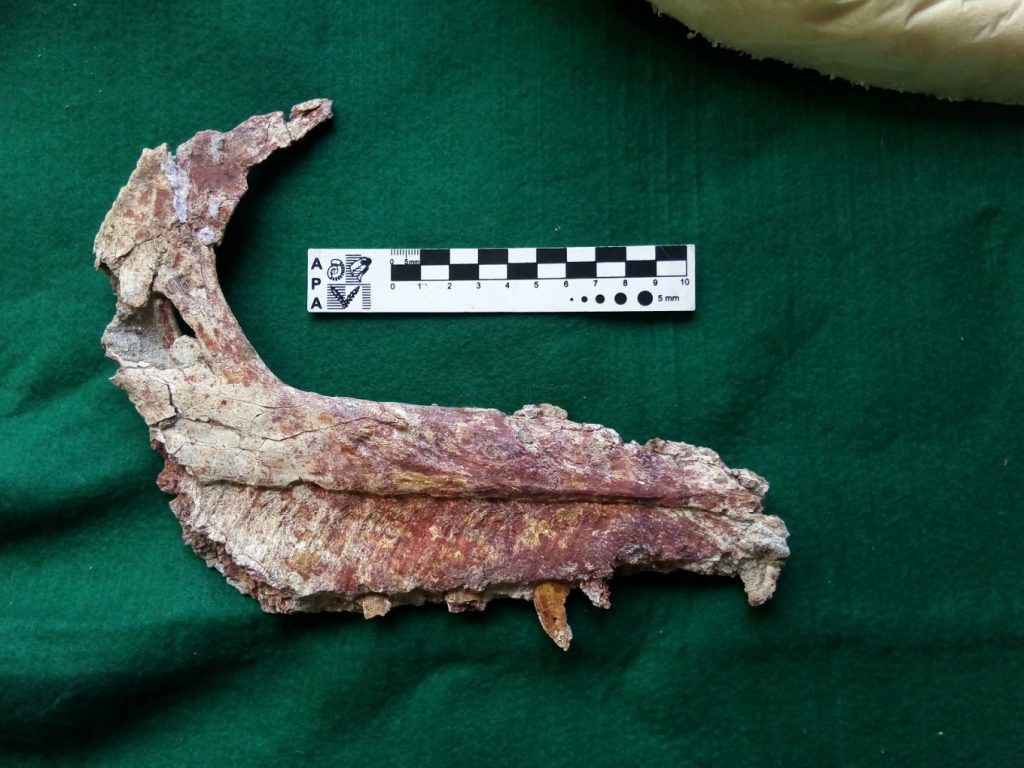 The winged dinosaur had legs similar to the velociraptor and experts believe it may hold the key to revealing information about the evolution of birds.

The fossil remains, which measure less than a meter and a half in length, were discovered at a dig in the province of Rio Negro in Argentine Patagonia, around 1,100 kilometers from Buenos Aires, the scientific dissemination agency from the La Matanza University said.

It is a new species of carnivorous Paraves theropod that has been named Overoraptor chimentoi, explained Matias Motta, a researcher from the Argentine natural sciences museum.

It is related to another species found more than 10,000 kilometers away in Madagascar. The first remains were discovered in 2013, with more fossils found in a second dig in 2018.

“This animal had a very sharp claw on its index toe, which certainly was used to attack prey, and it had a long and graceful leg, which indicates it was a running animal,” said Motta, the main author of the study published in The Science of Nature magazine.

“It was certainly fast, agile and, like all its relatives, it would have been carnivorous.”

Researchers were surprised to find that while its legs were similar to the “raptor” family of dinosaurs, its upper limbs were very long and robust, similar to modern birds.

The second dig uncovered many bones, including an almost complete foot, tail vertebrae and parts of a wing, said palaeontologist Federico Brisson Egli.

Previous discoveries in Patagonia of dinosaurs with bird-like features belonged to the Unenlagia genus of dromaeosaurid theropods, which were agile and walked on their hind legs.

“Contrary to what we originally assumed, the Over raptor is not part of the Unenlagia family, but from another group including a Madagascan species called Rahonavis,” said palaeontologist Fernando Novas.

Something in the Water: Environmental Pollutant May Be Much More Hazardous Than Previously Thought