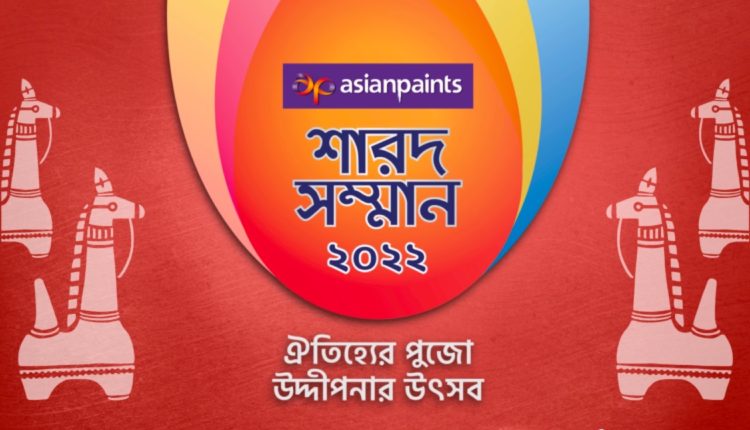 India’s leading paint and décor major, Asian Paints in association with Ideabrew Studios, has launched ‘Madhur Smriti’ – a podcast series highlighting Durgo Puja and commemorating the international recognition bestowed on the festival by UNESCO as an Intangible Cultural Heritage of Humanity. The series is part of Sharad Shamman, the renowned festive initiative organised by Asian Paints whereby they felicitate the best and most creative pandals across Kolkata. Sharad Shamman has been associated with Kolkata’s Pujo festivities since 1985.

With Madhur Smriti, Asian Paints collects and shares memorable stories and experiences of people surrounding Durga Puja and its festivities. It takes the listener on a journey through time and commemorates the colourful four decades in the history of Kolkata’s Durga Puja. Listeners can enjoy the stories shared on ‘Madhur Smriti’ on Spotify, JioSaavn, Gaana, Apple Podcast, Amazon Music and BingePods.

Asian Paints Sharad Shamman is a cultural kaleidoscope, a pioneer in celebrating and honouring the best Pujo celebrations in Kolkata, West Bengal over the last 38 years. The initiative is a testament to Asian Paints’ legacy of four decades in the region whereby it has always created a renowned and reputable platform to honour the five best pujas or Shreshtho Pujas, the Discovery of the Year and Best Idol Maker. Over the years, Asian Paints Sharad Shamman has ensured that musical forms, traditional arts and crafts, and community celebrations remain intact in the face of commercialism. In fact, Durga Pujas became more culture-conscious as Rabindrasangeet and Vedic mantras replaced Bollywood music while traditional idols made a comeback. These moves signified the preservation and celebration of culture in Durga Puja festivities that can be attributed to the commitment of Asian Paints Sharad Shamman.

Agith G Kuruvilla, Co-Founder and CBO, Ideabrew Studios, added, “Madhur Smriti literally means Sweet Memories, and this podcast endeavours to take us through a trip down memory lane as we revisit the last 4 decades of the colourful festivities of Kolkata’s Durga Pujo. Asian Paints Sharad Shamman is an institution and has contributed immensely in preserving and encouraging this festival, and it’s an honour to celebrate that.”

Durga Puja is an important occasion for the Bengali diaspora and Asian Paints understands that. Every year, consumers embark on a beautiful journey of celebrating the social and cultural practices of Pujo, highlighting the best of their traditions and ethos. Asian Paints has been enthusiastically supporting the festival since 1985 with Sharad Shamman which has today become synonymous with the festival. That’s why it comes as no surprise that Asian Paints would join UNESCO in celebrating Durga Pujo as an Intangible Cultural Heritage.

White.Inc raises over $1 Million in a Seed Round led by Dholakia Ventures, Inflection Point Ventures

Add a touch of glam to your look with Reliance Jewels…