ATK Mohun Bagan vs. FC Goa: 10 things to know about the game 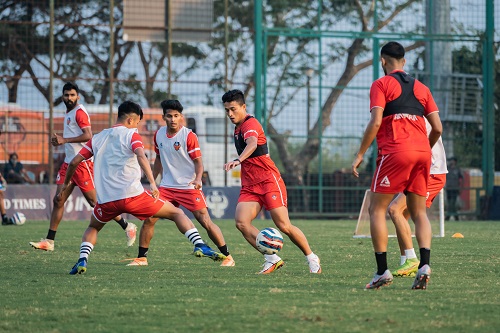 Mumbai: Derrick Pereiras time as the head coach of FC Goa started off with a well-earned point against Odisha FC. Now the former Indian international will look for the Gaurs to shift through the geats and claim their third win of the season when they take on ATK Mohun Bagan on Wednesday night.

This game, though, will have more at stake than just three points as they head to head against former FC Goa head coach Juan Ferrando, who shifted allegiance in a sudden move last week.

The Gaurs are recovering from a horrendous start to the season after losing all of their opening three games. A shift in formation and other subtle changes have seen the Men in Orange eke out 8 points from their 4 games.

Ferrando has taken over the reins at ATK Mohun Bagan. Ferrando started off his tenure with the Mariners with a 3-2 win over NorthEast United, arresting a 4-game period over which they had failed to register a win.

The Spaniard, though, should be worried about the Mariners form at the back, having conceded 15 goals – highest amongst all teams in the top 8. Up against a side and personnel that are familiar to him, Ferrando will look to draw up a blueprint to get ATK Mohun Bagan back towards the top of the table.

Its going to be a pulsating encounter at the Pandit Jawaharlal Nehru Stadium in Fatoda on Wednesday night. And to give you all a low down as to what you can look forward to, here are 10 things you need to know ahead of their clash:

0: FC Goa are yet to register a clean sheet this season. The only other season that the Gaurs failed to blank the opponent at least once in their first 7 games was in 2017/18.

0: The Gaurs will look to finally register a win against a Kolkata side since their 2-1 win over ATK in December 2019. In 5 games against ATK Mohun Bagan and SC East Bengal in the last 2 seasons, FC Goa have managed 4 draws and a loss.

3: Ivan Gonzalezs goal against Odisha FC took his goal tally to 3 scored in FC Goa colours – the second highest for any defender. Mourtada Fall still leads the Gaurs in the same with 9 goals during his 2 seasons with the club.

3: Despite playing in a deep lying midfielder role, FC Goa skipper Edu Bedia leads the team in terms of shots on goal with 17 attempts. The Spaniard, though, has only been able to hit the target 3 times.

4: Former Gaurs Liston Colaco currently leads all Indian scorers in the league with 4 goals to his name. The front four of Colaco, Hugo Boumous, Roy Krishna and Manvir Singh have combined for 13 goals this season.

4: Derrick Pereira should feel a bit more confident heading into Wednesdays game against ATK Mohun Bagan with Jorge Ortiz set to come back into the fold after completing his two-game suspension after his dismissal against Bengaluru FC. Despite missing games and a major chunk of the preseason, the Spaniard still leads the Gaurs in goal contributions with 3 goals and 1 assist to his name.

12: The two teams have had problems at the back. FC Goa and ATK Mohun Bagan combined, have failed to keep a clean sheet in any of their last 12 games.

14: Amrinder Singhs first season as the ATK Mohun Bagan custodian has been less than ideal. No other goalkeeper has conceded more goals from inside the penalty box than the former Mumbai City man, having conceded 14 so far.

17: No one has completed more successful dribbles this season in the Indian Super League than Alberto Noguera. The Spaniard has completed 17 dribbles in total with a success rate of 77.27%.

18: No other midfielder other than Ahmed Jahouh has played more key passes in the Hero Indian Super League than Albero Noguera. The Spaniard leads FC Goa in this category as well with 18 key passes to his name. Hugo Boumous leads ATK Mohun Bagan in key passes with 18 to his name as well.

FC Goa fan study, the first ever in Indian football history, is a game-changer