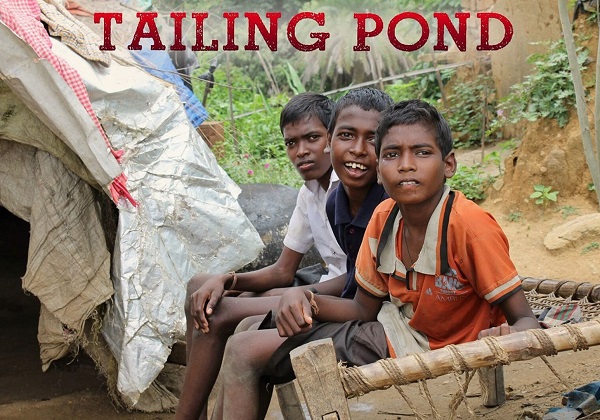 ‘Tailing Pond’ showcases how tribal families in Jadugora, Jharkhand are suffering from chronic medical conditions. The sole cause of their grief is uranium radiation. The 20-minute short film gives audiences a brief introduction to the horrifying effects of uranium poisoning on innocent tribal people. The film took five years of hard work and over 160 hours of shooting to make. However, making one short film is not enough to spotlight the suffering of the people of Jadugora, so the director has announced he will make a six-episode docuseries, to air in 2022, which will delve deeper into the issue.

‘Tailing Pond’ will give you an insight into the harmful impact of uranium mining and its severe effects on the health of the indigenous population of Jadugora. In 1951, the government of India realised its fortune in uranium and, in 1967, formed the Uranium Corporation of India (UCIL) to oversee all of the country’s uranium mining activities. However, the creation of UCIL became a devastating turning point in the lives of tribal families in Jadugora. The heart-wrenching documentary sheds light on the hazardous health conditions one village has faced for generations.

There are another nine tailing ponds in and around the village of Jadugora. Through the short film and upcoming docuseries, the director has sought to draw attention to UCIL’s irresponsible nuclear waste dumping. The story is about the families who have been suffering over many generations and are still affected by the nuclear contamination as slurry from the ponds continues to seep into the local soil and groundwater, exposing the locals to a highly toxic radioactive environment.

“Being from Jharkhand, I personally took on the responsibility to bring out the true story of the people of Jadugora,” said ‘Tailing Pond’ Director, Saurav Vishnu. “I am humbled that the people of Jadugora trusted me and allowed me to enter their lives with a camera to document and share their story with the world. We are grateful to ShortsTV for providing us with a global stage on which to showcase this film and to Cynthia Nixon for giving her voice to the cause. Our purpose is to get people talking, resulting in policy change in India over Jadugora. We are thrilled that audiences across India and the world will now get to see this important film.”

‘Tailing Pond’ Narrator and Sex and the City’ star Cynthia Nixon, said, ““When Saurav approached me for ‘Tailing Pond’ I was overwhelmed by the story. After learning about the suffering of innocent tribal people, I decided to lend my voice to the project. Jadugora is a small village in Jharkhand, India, and the local communities have been victimized by diseases caused by radioactive waste for generations. I feel proud to be part of the project as it strives to bring global awareness of the horrors being experienced by the people of Jadugora. I hope audiences are as moved by the story as I have been and that our film helps bring about positive change.”

Jadugora.com, started by Saurav Vishnu in 2017, is a non for profit (501 (c)3) organisation formed to raise funds for the Jadugora communities. The organisation is in talks with partners regarding the establishment of a bottled water facility for the tribal population. Mr. Vishnu is looking at creating at least 100 jobs for the affected population while also providing clean, sustainable drinking water to thousands of families who rely on contaminated river water, wells and hand pumps for their household and drinking consumption. Donating for Jadugora will help to change the lives of these people forever.

‘Tailing Pond’ will premiere on ShortsTV networks globally on Saturday, November 20 th including:

(channel 259). Also available on ShortsTV on the Airtel Xstreme app and Prime Video

Shorts: 9.00 p.m. GMT on Samsung TV Plus and RakutenTV

(Slovenia, Montenegro and Bosnia and Herzegovina) and Exenet (Serbia),

Shorts: 9.00 p.m. CET on Samsung TV Plus and RakutenTV (Italy and the Nordics)