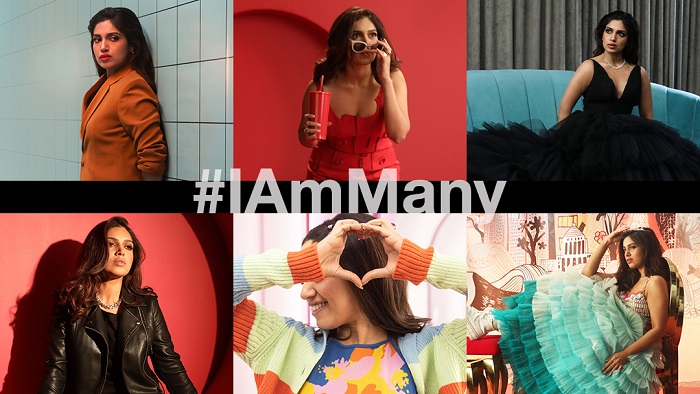 Delhi  : Boddess, a multi-beauty and wellness platform received a stimulating response from the consumers with its impactful debut brand campaign ‘I AM MANY’ launched recently. Conceptualised by Saatchi & Saatchi, the campaign featuring ‘brand ambassador’ Bhumi Pednekar was designed to convey the message of embracing one’s diverse personalities.

The debut campaign was aimed at broadening the reach and to engage with a newer set of audience for the brand. It played a catalytic role in Boddess witnessing a 95% jump in news users and 22% uplift in Brand Searches within a fortnight of the campaign launch. Led by app first communication, the campaign also saw a 37% jump in revenue from the platform.

The fresh and dynamic ad campaign in its first phase, was primarily distributed via digital advertising & OTT along with strong social media amplification & influencer led activations. Boddess activated a host of Macro, Micro and Nano influencers to drive conversations on #IAmMany, garnering 12 M impressions and 18.5 M overall reach. The entire campaign generated an Earned Media Value of 6M with an engagement rate of 3.5% alongside customer applauds with the conversations it started.

Sharing her thoughts on the campaign’s success, Sutapa Chatterjee, General Manager – Marketing Boddess [House of Beauty] says, “Boddess is a beauty and wellness platform focused on bringing to the Indian consumers a curated range of home grown and international brands coupled with an ease of decision making. The primary focus of the campaign was to build awareness and drive customer acquisition. #IAmMany has certainly created a stronger connect with our audience overall resulting into 95% uplift in new users, 15% growth in app engagement and 33% revenue jump from our premium brand portfolio. We are very pleased with the performance so far and intend to extend the campaign further into phase-2 early next year.”

With its aim to celebrating different versions of oneself, the campaign constantly pushes back against society’s propensity to pigeonhole the world while delivering the message of ‘WHY BE ONE, WHEN YOU CAN BE MANY’.