Charlie Vickers reveals details of Halbrand’s first encounter with Galadriel in The Lord of the Rings of Power: The Rings of Power, Sophia Nomvete talks about playing the First Female Dwarf 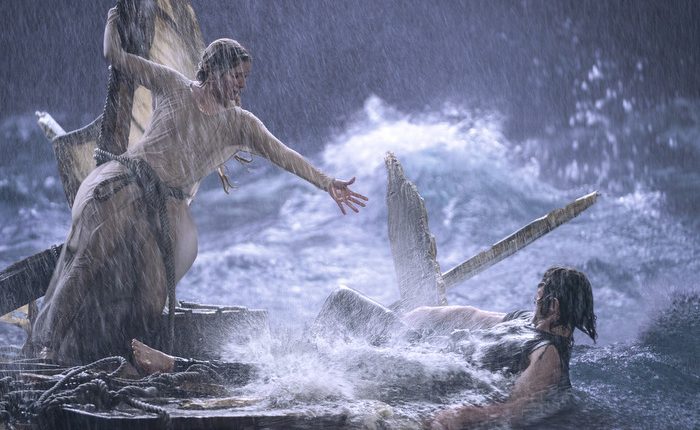 The Amazon Original series teases viewers with new characters ahead of the series premiere.

The Lord of The Rings: The Rings of Power to start streaming from September 2 onwards across multiple languages including English, Hindi, Tamil, Telugu, Kannada and Malayalam

Fantasy enthusiasts are yearning to experience the magic of Middle-earth once again, and the trailer of The Lord of the Rings: The Rings of Power has only raised their expectations. Curiosity around the Second Age, the plot, and the newly introduced characters are at their peak. Two characters that have caught everyone’s attention are Halbrand, the Human from Southlands and Princess Disa, the first female Dwarf as fans are excited to know their story and the twists they will bring to the Amazon Original series.

Actor Charlie Vickers and actress Sophia Nomvete, who play Halbrand and Princess Disa respectively, have finally spilled some details about their entry into the series. Talking about his much-talked-about encounter with Galadriel at a fateful time that leads to unexpected consequences, Vickers said, “When they first meet, it’s kind of a stand-offish situation they find themselves in. What they are to each other at that moment is a means of survival.”

“Halbrand is at a point where he’s leaving his past behind, and what happens between him and Galadriel is interesting as the show unfolds. Without saying too much, I think she starts to illuminate things in his past and make him question his past and his future. It’s kind of like a push-and-pull dynamic between them,” Vickers added.

Sophia Nomvete is super excited to bring the life of Princess Disa to life in The Lord of the Rings: The Rings of Power. Calling it a ‘mind-blowing, delightful and amazing experience,’ Sophia believes, “It is so time for us to expand the accessibility and the opportunity for Tolkien’s world to be seen in a way that it hasn’t been seen before.”

Sharing how fortunate she is, Nomvete said, “To be positioned as a female Dwarf with such a prominent story to tell is just incredible because it’s time for so many people who may not have seen themselves staring right back at them on a screen to have that chance and to have that turn. So if I can be the poster child for that revolution for this work in this franchise, then I’ll take it.”

The Lord of the Rings: The Rings of Power also features Morfydd Clark, Nazanin Boniadi, Robert Aramayo, Dylan Smith, Markella Kavenagh, Benjamin Walker and Tyroe Muhafidin among others in pivotal roles. Developed by showrunners J. D. Payne and Patrick McKay, it is set thousands of years before Tolkien’s The Lord of the Rings trilogy. Starting September 2, the series will have a weekly release in English, Hindi, Tamil, Telugu and Kannada and Malayalam exclusively on Prime Video across 240 countries and territories.

Know why home insurance is important