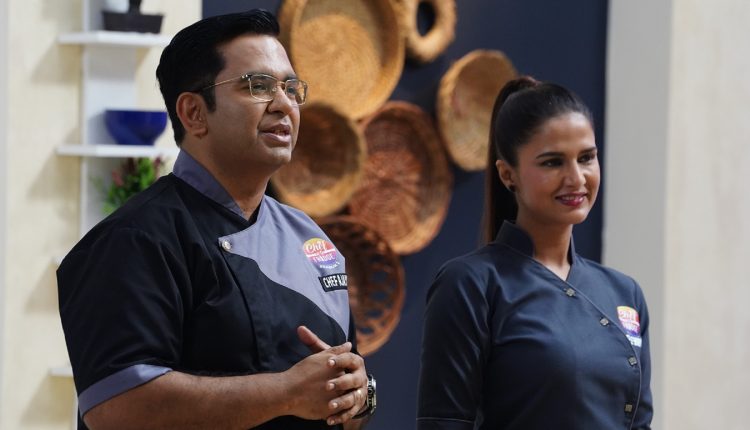 Zee Café’s Chef Vs Fridge Season 2 has the competition a notch higher not only by holding the contest between experienced chefs but also introducing unique themes for every episode. The next episode comes up with the theme of Korean special as Chef Shipra wishes to visit Korea owing to her love for their cuisine. While Chef Shipra is all ready to depart, Chef Ajay suggests his plan to bring Korean flavors in India. Their wishes were also heard by the boss chiller who gives them Gochujang (fermented chilli paste) as the key ingredient for their dish. The two then take on the kitchen platforms to present Korean flavors.

Adhering to the theme Chef Shipra prepares a full meal bowl of Gochujang stew with Turnip Cakes and Chef Ajay prepares Gochujang Barbeque Chicken. Chef Shipra also explained how the usually ignored ingredients in Indian food- radish and turnip are effectively used in the Korean cuisine. The two will be seen explaining the nuances of Korean cuisine and the method for preparing their dish. Is Korean your calling too? Interested in knowing the shades of Korean Cuisine? Watch Chef Vs Fridge Season 2 this week.

Watch Chef Vs Fridge Season 2 this Sunday at 8 PM for mouth-watering Korean flavors.