Commemorate Gandhi Jayanti this year with must-watch movies on ShemarooMe

We’ve all grown up listening to the stories of the father of the nation, Mahatma Gandhi, who is also lovingly known as Bapu. His teachings, his practice of non-violence, his life story and immensely significant contribution towards India’s freedom struggle has touched millions of lives world over.

These stories and lessons still continue to impact and inspire the lives of many even today. As we celebrate Gandhi Jayanti this year, here are some interesting movies that you can binge-watch on ShemarooMe to get inspired from the learnings of the great leader and commemorate this occasion. From Bollywood classics to Gujarati cinema, there is something for every cinephile out there.

The 2018 movie, directed by Naeem A Siddiqui, showcases the intriguing story of 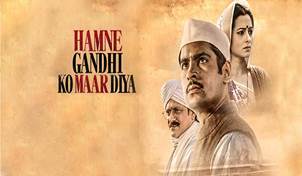 two strangers Kailash and Divakar whose paths cross during a fateful train journey. Starring Jatin Goswani, Subrata Dutta, Samiksha Bhatnagar, Pratima Kannan, and Utkarshika Yadav, the film is set against the turbulent backdrop of the partition following the end of the British Raj. The story traces the interactions of the two characters who debate on their conflicting views about Mahatma Gandhi and his philosophy during the journey which coincides with the assassination of Mahatma Gandhi. At the end of this fateful voyage, the two characters have tragic news which awaits them at the end.

The Gujarati movie narrates the story of a common man Mahendra Gandhi and his family’s fight against the corrupt and faulty political system. The family aims to gain 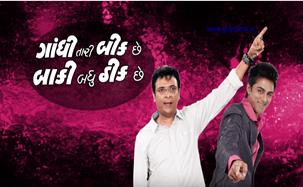 justice for their son Ashish who has been a victim of a bomb blast. In the process, they manage to gain the support of the media and realize that the society needs a revolution. Gandhi Taari Beek Chhe Baaki Badhu Theek Chhe showcases their quest to bring about this transformation in society. Directed by Vipul Vithlani, who also plays the lead character in the movie, the movie also stars Nilesh Joshi, Kinjal Bhatt, Jitendra Sumra, Khushbu Bharambhatt, Pratik Jadav, Jaimin Dave, Jatan Bhatt and Kamlesh Oza.

Rebooting Mahatma, a Gujarati flick released in 2019, talks about reviving Mahatma Gandhi through AI, wherein the humanoid version of Gandhi has been brought to 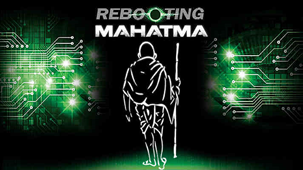 21st Century. In this century, Bapu discusses various topics that greatly impact today’s world such as the political system, Bollywood, social media, youth etc. This answers and unique debates bring a great deal of entertainment merged with insights on the values of Gandhi and his views on the 21st century. The film is directed by Kanish Shah who also stars in the movie alongside Rishi Joshi.

Road To Sangam, a 2009 Hindi movie directed by Amit RaI, depicts the tale of Hasmatullah, a devout Muslim residing in Uttar Pradesh wherein he works as a 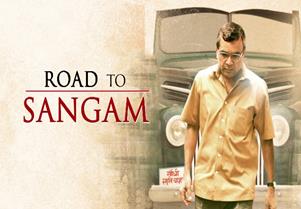 mechanic. He is asked to repair an old lorry, unaware that this was the same vehicle that once transported one of the twenty cremation urns with the ashes of Mahatma Gandhi. He takes on the job, but the situation gets complicated when he finds out the truth behind the urns and decides to transport the last remains of Gandhiji. The story shows the unrest within his community who are against his mission and how he tries to overcome and deal with the situation. The film stars Paresh Rawal in the lead role along with Om Puri, Pavan Malhotra, Javed Shaikh, Swati Chitnis, Masood Akhtar, Yusuf Hussain, Rakesh Srivastava, and Manish Pandey.