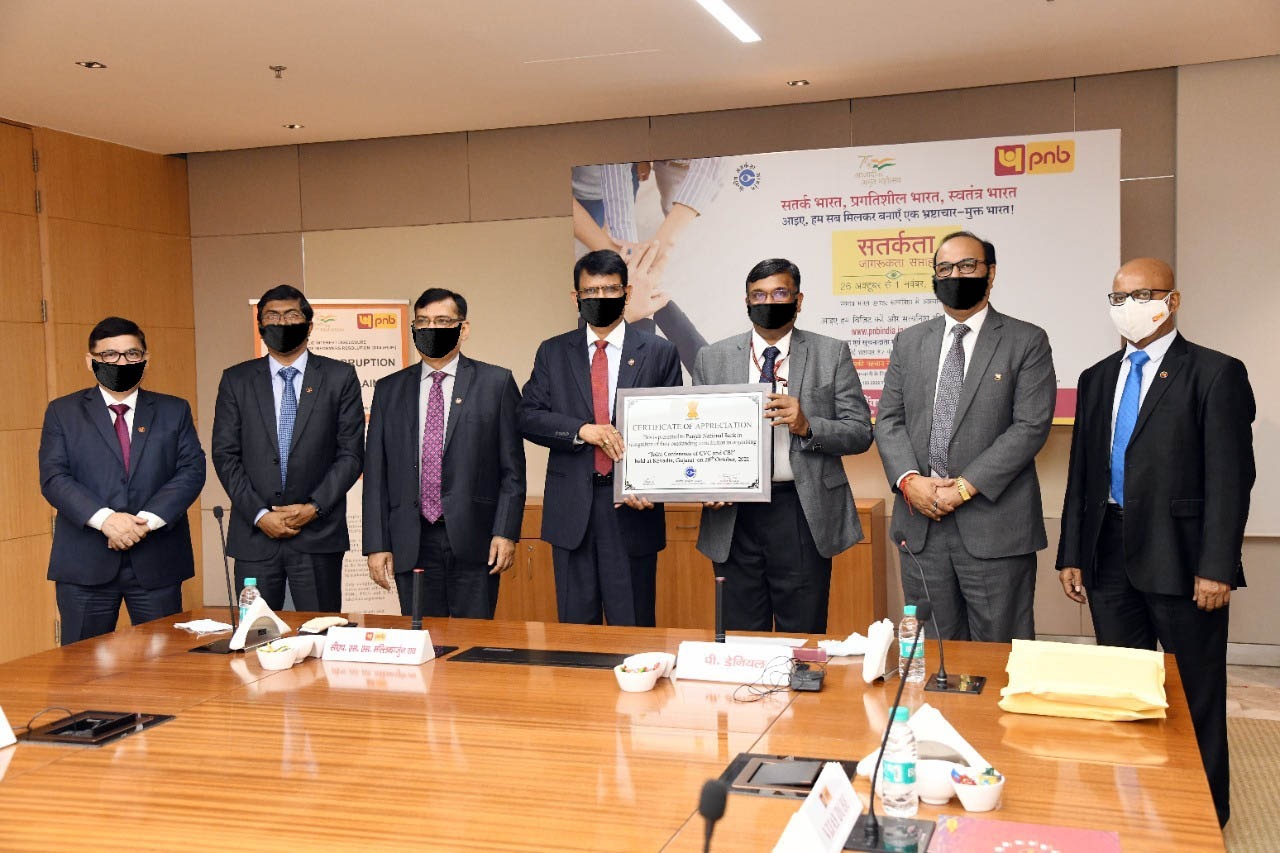 Hyderabad: Commemorating the birth anniversary of Sardar Vallabh Bhai Patel on 31st October 2021, PNB is celebrating Vigilance Awareness Week-2021 from 26th October – 1st November 2021 as per the guidelines of Hon’ble Central Vigilance Commission. The theme of this year is “Independent India @75: Self Reliance with Integrity”.

Besides other activities, a seminar was organised at the PNB, Head Office on 27th October 2021. The event was graced by Sh. P. Daniel, Addl. Secretary, CVC and chaired by Sh. Ch. S. S. Mallikarjuna Rao, MD & CEO, PNB and attended by all Executive Directors, Chief Vigilance Officer & Chief General Managers/ General Managers of the Bank.

Sh. Ch. S. S. Mallikarjuna Rao, MD & CEO, PNB while welcoming Sh. Daniel, elaborated various steps taken by the CVC to keep the things in the right perspective. He mentioned that the bank in last one year has taken various initiatives, including launching of Tracking and Monitoring of Staff Accountability Cases portal (TMSAC) to track accountability on real time basis. He impressed upon the officials to adhere to rules and regulations to protect the interest of the bank.

Sh. P Daniel, Addl. Secretary, CVC while delivering the Keynote address apprised of the steps undertaken by CVC in performing various functions in vigilance management. He stated that CVC is an apex integrity institute of the country, which was formed on the basis of Santhanam Committee Report through which both CVC and CBI were established. CVC was established in the year 1964 by an executive resolution and in 2003 gained statutory status.

He recognised various steps taken by PNB to strengthen the Vigilance Management. To update the knowledge of field functionaries, CVC has released an updated manual and also released a book on steps taken towards preventive vigilance, containing best initiatives that may be replicated by various organisations.

Sh. Vijay Kumar Tyagi, Chief Vigilance Officer, PNB thanked CVC for steering and navigating the preventive vigilance initiatives booklet. He offered special thanks to CVC and all operational leaders posted in corporate office and on-ground and pledged to stay committed to the goals of the commission.