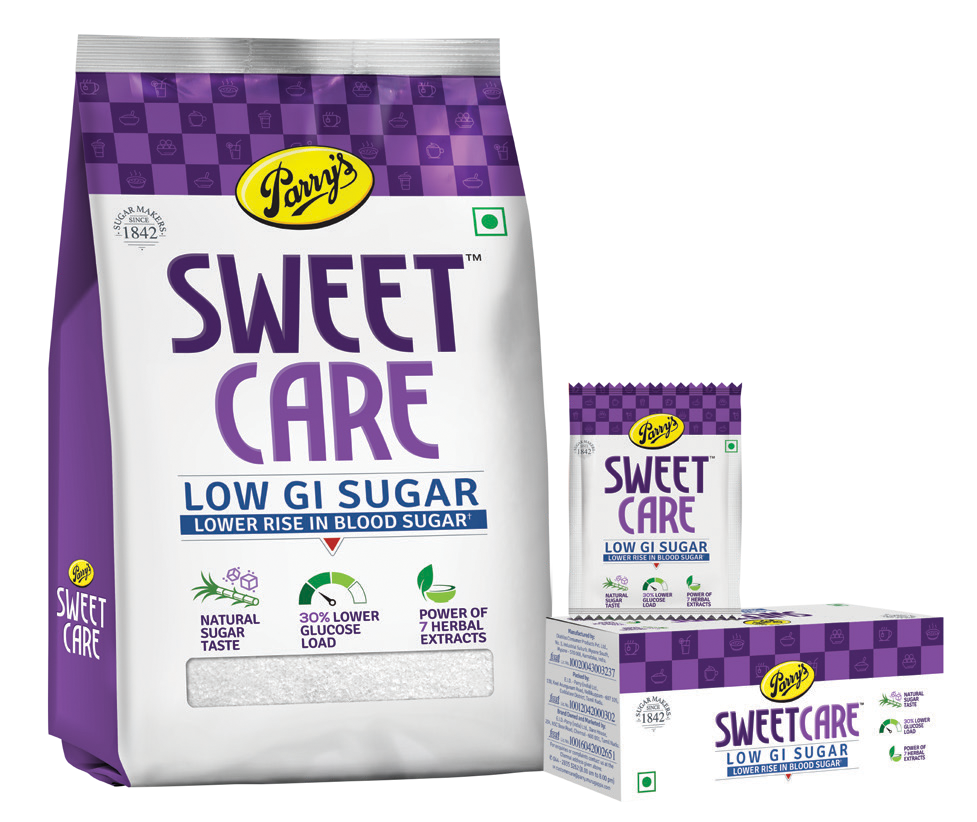 New Delhi: At a time when consumers are increasingly health conscious and discerning about choosing healthier products, EID Parry has announced the launch of new Parry’s SweetCare Low GI Sugar – a new healthier sugar clinically tested to be a low GI sugar. As per WHO, foods with a glycaemic Index of <55 are classified as Low GI Foods, which support a healthier diet. Unlike regular sugar Parry’s SweetCare Low GI Sugar contributes to a lower rise in blood sugar levels and has a lower glucose load. It is powered by 7 natural herbal extracts that are traditionally known to help, in controlling the rise in blood glucose. This first of its kind healthier sugar variant launched by EID Parry tastes just like regular sugar and marks the company’s move towards extending its robust portfolio and catering to an emerging category of health & wellness conscious consumers.

Commenting on the launch, Mr. Suresh S, Managing Director, EID Parry said, “We have always been at the forefront of innovation with the consumer at the core. SweetCare has the ability to change the way people look at the sugar category. Made using sulphur-free process, SweetCare has been clinically tested to be Low GI and it does not compromise on the taste of sugar. SweetCare Low GI Sugar does not allow your blood sugar level to rise high as compared to regular white sugar, so you can now worry less about your intake of sugar and its impact on your lifestyle. Parry’s has always been a trusted brand for millions of our customers and we take utmost care to ensure our customers are fully satisfied. SweetCare is a natural choice for all consumers and for more discerning consumers who are conscious about their health, SweetCare will likely become their most preferred choice.”

The product is fortified with the natural herbal extracts of Fenugreek, turmeric, ginger, amla, pomegranate, black pepper and cinnamon. However despite this fortification SweetCare apparently looks and tastes exactly like your regular sugar with the added benefits of being a low GI sugar.  SweetCare has been attractively packaged and is available in a 500g pouch priced at Rs.60/- and in convenient 5gm sachets, priced at Rs. 50/- for a box of forty units. The company is launching this in Tamil Nadu and Karnataka retail markets initially and plans to roll out across its retail markets and ecommerce platforms. This follows the success of Parry’s Amrit Brown Sugar and more recent introduction of Parry’s Amrit Jaggery Powder. With the launch of Sweet Care Low GI Sugar, Parry’s has added another feather to its cap as the forerunner in transforming the Sweeteners market with its healthier range of products. With consumers also becoming increasingly health conscious, this segment lead by Parry’s promises to become an interesting and emerging one in the sugar category.