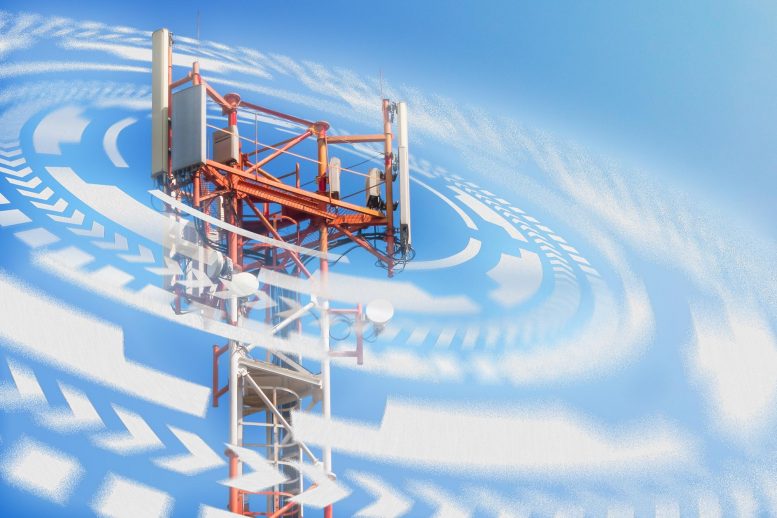 Experts weigh in on recent online reports that warn of frightening health consequences from new fifth generation (5G) wireless networks. Within current exposure limits, there appears to be little or no risk of adverse health effects related to radiofrequency (RF) exposure from 5G systems concludes an evidence-based expert review in the June issue of Health Physics, official journal of the Health Physics Society. The journal is published in the Lippincott portfolio by Wolters Kluwer.

“While we acknowledge gaps in the scientific literature, particularly for exposures at millimeter-wave frequencies, [we judge] the likelihood of yet unknown health hazards at exposure levels within current limits to be very low, if they exist at all,” according to the statement by the Committee on Man and Radiation (COMAR) of the Institute of Electrical and Electronics Engineers (IEEE). As outlined by its Chair, Richard A. Tell, COMAR is an organization composed of physicians, biologists, epidemiologists, engineers and physical scientists who are experts on health and safety issues related to electromagnetic fields who work voluntarily and collaboratively on a consensus basis.

The consensus statement seeks to counter the rise in alarming messages regarding mysterious health effects of 5G technology. “This misinformation together with activist websites expressing even more ominous consequences of 5G – ranging from cancer induction to being responsible for the current coronavirus pandemic – has created substantial and unnecessary public anxiety,” comments Jerrold T. Bushberg of the University of California Davis School of Medicine and Vice-Chair of COMAR.

Fifth-generation wireless systems are expanding worldwide to meet the rapidly increasing demand for wireless connectivity. The new technology can transmit much greater amounts of data at much higher speeds, compared to previous 2G to 4G systems. That’s in part because 5G uses the greater bandwidth available at higher frequencies, including the so-called millimeter-wave (MMW) band. Expansion of 5G “will produce a more ubiquitous presence of MMW in the environment,” according to the report.

Because MMW do not penetrate foliage and building materials as well as lower-frequency signals, many lower-power “small cell” transmitters will be needed to provide effective indoor coverage. Some 5G systems will have “beamforming” antennas that transmit signals to individual users as they move around, which means that nonusers will have less exposure.

Tissue heating is the main potential harmful effect of exposure to RF fields. Most countries, including the United States, have adopted exposure limits similar to those recommended by the recent standards (2019) published by IEEE International Committee on Electromagnetic Safety (ICES) or the International Commission on Non-Ionizing Radiation Protection (ICNIRP). These guidelines seek to avoid harmful effects by setting exposure limits far below the threshold at which any adverse human health effects would be expected to occur. These standards only allow for low levels of public RF exposures for which the energy is deposited in the form of thermal heating.

In contrast to lower-frequency fields, MMW do not penetrate beyond the outer layer of the skin – and thus does not produce heating of deeper tissues.

The introduction of 5G is unlikely to change overall levels of RF exposure. As is currently the case, most exposure will be mainly due to “uplink” from one’s own cell phone or other devices – not from transmission from base stations.

In nearly all publicly accessible locations, RF exposures from cellular base stations, including 5G stations will remain small – a fraction of current IEEE or ICNIRP exposure limits.

“[S]o long as exposures remain below established guidelines, the research results to date do not support a determination that adverse health effects are associated with RF exposures, including those from 5G systems,” concludes the COMAR statement. The Committee acknowledges limitations of the current evidence on possible health and safety effects of 5G exposure and identifies key areas for further research, including high-quality studies of the biological effects of MMW.