Five reasons why you should watch ‘Habaddi’, a joyful ode to innocence on Netflix 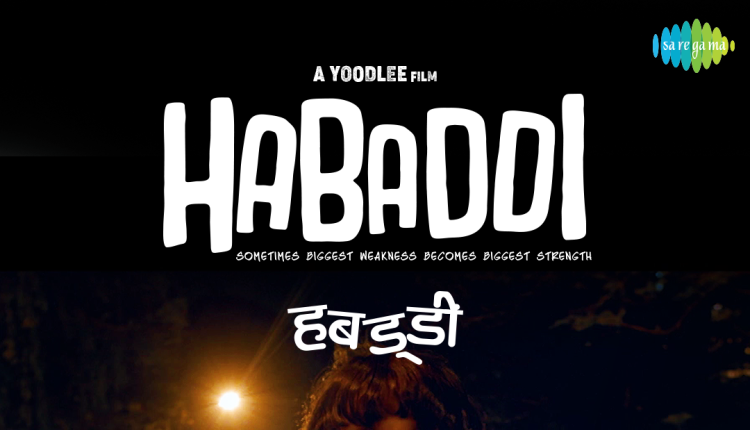 This refreshing, coming-of-age Marathi film celebrates the underdog with charm and sincerity

‘Habaddi’, a feel-good, aspirational Marathi film is currently proving once again why regional cinema is decisively becoming a pan-Indian phenomenon. This Nachiket Samant directorial and Yoodlee production premiered on Netflix on August 1 and is already winning over critics and audiences alike with its heartfelt tale of a young, orphan child who finds a way to defy fate, overcome a speech defect and triumph over bullies through the game of Kabaddi. This is the second ambitious Marathi project produced by Yoodlee Films post their massively successful zombie-comedy ‘Zombivli.’

Here are five reasons why you should not miss it:

A refreshing and authentic premise

The film makes you see the world through the gaze of Manya (Karan Dave), a 10-year-old boy living in Kolhapur who desperately wants to travel to Mumbai with his school’s Kabaddi team. He also wants to meet Ketaki (Vedshree Mahajan), a girl in Mumbai who happens to be his crush but there are many odds in his way. Due to his stutter, he cannot even say ‘Kabaddi, Kabaddi’ properly and is always the butt of jokes and bullying. With simplicity and sweetness, the film goes on to build this narrative arc and transports us to our childhood and drenches us in bitter, sweet nostalgia.

With its rural setting, quirky characters and evocative visuals, the film creates many indelible vignettes as when a bully throws Ketaki’s beautiful music box with its dancing ballerina into a well and Manya dives in to save it. Or when he tinkers with odds and ends to take things apart and put them back together. Or the way, he often skips school to hide from bullies and insensitive adults. Or the way, a mentor uses a ventriloquist doll to help Manya with his stutter. These little moments stay with the audience long after the film ends.

Breathtaking cinematography by Riju Das captures the sweeping yet intimate shots of Kolhapur and Manya’s many adventures and especially his magical underwater dives with a sense of wonder. The idyllic countryside is framed by towering hills and windmills where Manya and Ketaki spend time together and say their goodbyes, the grit and the grime that players experience on the Kabaddi field and the bustling energy of Mumbai are all brought to life by the camera with a great sense of immediacy.

A regional film with a universal message

There is a little bit of Manya in us all. We all deal with inner and outer obstructions while working towards our goals. We doubt ourselves or are made to feel that we are not enough. But as the film shows, all we have to do is to work with what we have, accept our inadequacies and with single-minded resolve go after our dreams. Manya may not be a superhero but he thinks like one and doesn’t accept defeat no matter how many times he suffers a setback.

An entertainer for the entire family

‘Habbadi’ is a rare example of a slice-of-life film that celebrates a child as its protagonist and tells the story of an underdog that both children and adults will find relatable. This is not a hurriedly made film and is thoughtfully mounted, has excellent production values and also a delightful ensemble cast of young and seasoned Marathi talents like Rupesh Bane, Niranjan Javir, Jayesh Kardak, Mayur Khandge and Arya Naik. One of the film’s many highlights is the infectious music by Rohan-Vinayak.

From Galadriel, Míriel to Durin IV, here’s a breakdown on every key character…