From Palm Springs to Hotel Transylvania, here are 4 movies that prove Andy Samberg is the king of comedy 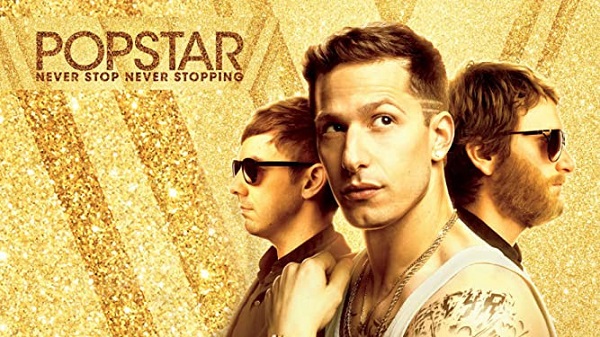 Andy Samberg is renowned the world over. A versatile artist, who wears multiple hats and beautifully perfects each one of them, Andy, the king of comedy, actor, music producer and writer is returning with yet another hilarious movie all set to make the audience shed tears of joy. He is back with the 4th edition of Hotel Transylvania franchise. Here are the 4 movies that prove he is the king of comedy, as Hotel Transylvania: Transformania arrives on January 14, 2022, exclusively on Amazon Prime Video.

Andy’s physical presence is not required in a movie to make it hilarious, his voice is just enough to bring out the roaring laughter. He did a voiceover for this movie franchise and gave voice to the character of Jonathan AKA Johnny. This animated movie series is a laughter ride, which is about a safe space or Hotel Transylvania for all the ghosts and monsters who can reside here and get away from the humans due to fear of persecution. This film franchise is coming with its 4th edition, Hotel Transylvania: Transformania for yet another thrilling ride with Andy. The latest edition is directed by Derek Drymon and Jennifer Kluska and the movie will feature a twist of fate as the monsters turn into humans and humans become monsters creating chaos and unexpected twists, in Hotel Transylvania.

If you want to see Andy in a beach-attire as his skin sparkles under the sun and sand, then Palm Springs is your destination. Directed by Max Barbakow, this sci -fi romantic comedy will get you hooked on a timeless loop of events between two strangers – Andy and the lead actress Cristin Milioti during a wedding. This movie is a roller- coaster ride packed with great punchlines, gripping storyline and phenomenal acting skills from the cast.

Space Chimps is a movie which will make the audience realize that you love Andy in all the diverse roles, even of a chimpanzee. The movie transports the viewers into the world of three chimpanzees who go in space to an alien planet. The whole duration of their transportation is hysterical and ridiculous at the same time.

This musical ‘mockumentary’ musical comedy film was showered with love and appreciation from film critics and audience globally for its humor. The film is directed by Akiva Schaffer and Jorma Taccone, stars Andy Samberg, Jorma Taccone , Sarah Silverman and Akiva Schaffer. The movie is showcased as a long song which has powerful punch lines and breaks in between so that the viewers can sink in the dialogues and expressions of the cast. Made with minute details, this film is a musical box of happiness which will definitely switch on your happy mood.

So, pull up your socks and brace yourself for Hotel Transylvania: Transformania, from January 14, 2022, exclusively on Amazon Prime Video.