Girgit on ALTBalaji and MX Gold: A perfect blend of murder, thriller, mystery and a game of hide & seek! 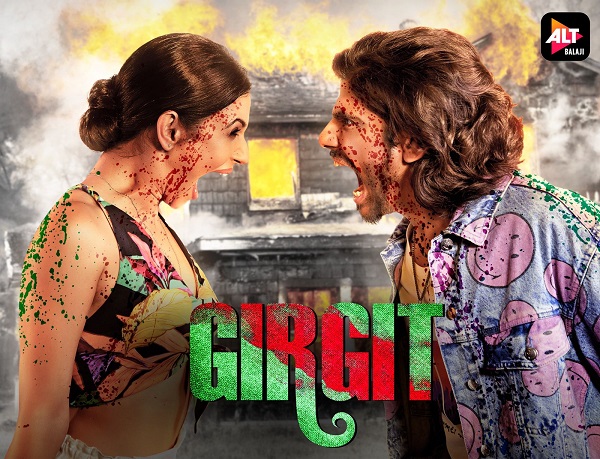 India’s home-grown OTT giant ALTBalaji and India’s entertainment super app MX Player have collaborated yet again for another riveting thriller obsession series Girgit. Since the launch of the trailer, the internet has already made up its mind and labeled it to be the most anticipated series of recent times. However, the wait for the same is now over as both the magnanimous platforms have launched the seven episodic series on ALTBalaji & MX Gold. Curating a new fad of thriller obsession for the audience, Girgit is a seven-episode series that stars Nakul Roshan Sahdev, Taniya Kalra, and Trupti Khamkar in prominent characters. There has been a massive buzz around the show, owing to its twisted and intriguing concept.

Caught in a storm of love and betrayal, Girgit is a 7-part series that unravels the secrets and unknown traits of each character. The series showcases the characters changing their colors depending on their situation, exactly like a chameleon. The narrative explores the limits of human indecency via characters who love to deceive, charm, and kill when they need to achieve what they desire. Girgit revolves around the murder investigation of a very dysfunctional relationship that only gets more and more complicated as the story progresses.

Set in Himachal Pradesh, with Ranbir Khetan  (Nakul Roshan Sahdev) being the protagonist who gets embroiled in the murder case of his beloved wife, Jahnvi Khetan? While Ranbir tries to prove his innocence as is set to marry another girl (Ashmita Jaggi), a foul-mouthed cop Rathod (Samir Vermani) is hell-bent on proving him guilty. In the midst of this, two con girls (Taniya Kalrra and Trupti Khamkar) get involved in Ranbir’s life. How a concoction of human emotions spills out in this crooked story is the basic premise and idea behind Girgit.

Nakul Roshan Sahdev, who is quite elated with the launch of the show shared, ” The world of Girgit is surreal. Everyone is twisted and weird in a way and you will like their weirdness. It’s a fast-paced series. I am not taking any pressure about the show, however, there is a restless energy now that the show has dropped. I’m waiting to hear from people and what they think about the show.”

Fans will get to watch the twisted world of Girgit that has a palette of human emotions beautifully plated for the viewers. Dialogues like “Janhvi agar mera addiction hai, tum meri rehab” have already become a hit amongst the masses. Produced by Rangrezza Films and directed by Santosh Shetty, the show also stars Shahwar Ali, Samar Vermani, Ashmita Jaggi, Aleksandar Ilic, amongst other actors.

Filled with enigmatic twists and turns, Girgit brings together two contrasting worlds and their characters in a thrilling game of hide and seek. Each character, in turn, has their own distinct “Girgit” moment – Their needs and wants are human, but their ways to get them are unexpected. It tells you that no one is really who they seem to be and that we all are, in the end, just Girgits that change colours when no one is looking to manipulate situations as per our desires and selfish needs.

Watch the 7 episodes of Girgit on MX Gold & ALTBalaji now!