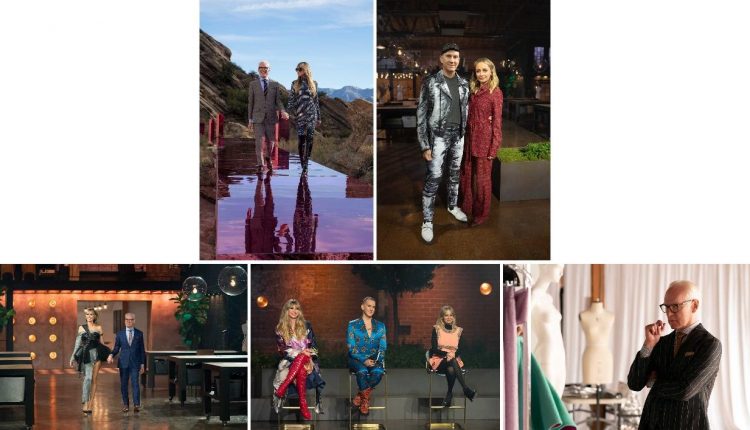 Fashion icons and trendsetters Nicole Richie and Jeremy Scott return as judges on the most competitive season yet, as 10 talented designers raise the stakes in their pursuit of the million-dollar prize

Making the Cut is once again on a mission to find the next great global fashion brand. Season Three of the fashion-competition series, hosted and executive produced by Heidi Klum and Tim Gunn, will return this summer on Prime Video in more than 240 countries and territories worldwide. Actress and House of Harlow 1960 creative director Nicole Richie and fashion pop icon and Moschino creative director Jeremy Scott will return as judges, with additional guest judges—who will be revealed at a later date—making appearances throughout the season.

Los Angeles’ diverse fashion scene will continue to set the perfect backdrop for Making the Cut. Some of this season’s runway locations include the iconic Rodeo Drive in Beverly Hills, the unique desert landscape of Vasquez Rocks, and a rooftop of one of Downtown LA’s many skyscrapers, with sweeping views of the city skyline.

“I am excited for Making the Cut to return this summer for its third season,” said Heidi Klum. “I was so happy to be reunited with Tim, Nicole, and Jeremy as we searched for the next great global fashion brand among our most talented group of designers yet! This season’s fashion far exceeded our expectations and there are so many amazing looks that I cannot wait to wear myself.”

Tim Gunn added, “After watching the success of our past designers, including winners Andrea Pitter and Jonny Cota, I’m tremendously excited for fans to see what this season’s enormously talented group of designers has in store.”

Season Three will feature a new group of 10 entrepreneurs and designers from around the world, who are ready to take their emerging brands to the next level and become the newest global phenomenon. The winner of the series will receive $1 million to invest in their business and a mentorship with Amazon Fashion. The winner will also have an opportunity to create an exclusive co-brand with Amazon Fashion and sell their existing collection in Amazon Fashion’s Making the Cut store. The upcoming season will include new exciting brand collaborations, surprise fashion industry VIPs serving as guest judges, and expanded collections from each week’s winning designers, giving fans and customers even more opportunities to shop the winning looks in Amazon Fashion’s Making the Cut store. While fans await the return of the series, they can continue to shop the collections from the Season Two finalists, winner Andrea Pitter (Pantora) and runners-up Gary Graham (GaryGraham422) and Andrea Salazar (SETA).

The series is executive produced by Sara Rea, Sue Kinkead, Heidi Klum, Tim Gunn, and Jennifer Love, and is produced by Hello Sunshine and Amazon Studios.