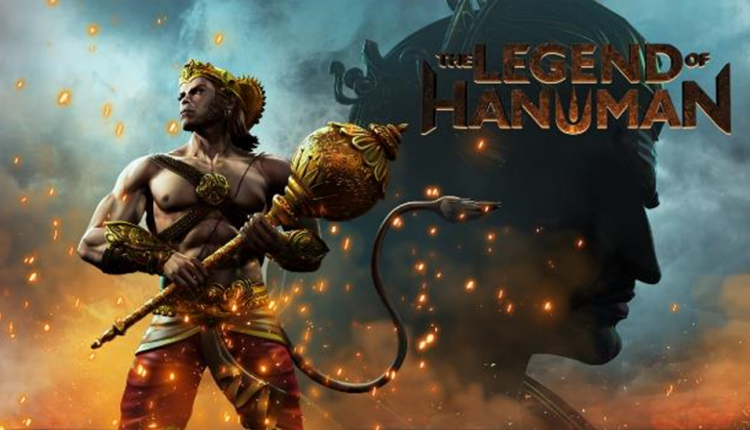 ~ A milestone achievement for Indian Animation!

Mumbai : Graphic India announced today that The Legend of Hanuman, produced by Graphic India, has been listed by independent media consulting and data analytics group, Ormax Media as the #2 show in the Top 15 Hindi Series on SVOD Platforms in 2021, with over 23 MILLION views maintaining a top position and becoming the first animated series in India to ever achieve that distinction, setting an unprecedented milestone for the original Indian animation industry. With 26 half-hour episodes that could potentially account to over 11 BILLION minutes of watch time for an animated series in a country that has rarely produced non-kids animated programming before.

Upon the launch of the Series in 2021, Ormax Media also listed it as the #1 “Most Viewed Streaming Show and Movie of the Week,” maintaining the top position for a stunning three weeks in a row, from February 1, 2021 through February 21, 2021.

The series has also received an overwhelmingly positive response from audiences of all ages, resulting in a 9 on IMDB and a 4.9 (out of 5) from Google audience review rating.

A mythic adventure, the series is a new take on one of India’s most beloved heroes, retelling one of the oldest stories of humanity through high-quality images and a visual spectacle never before seen in Indian animation. As he learns to wield his newfound power, it is a story of a humble vanara finally awoken to embrace his true power and wisdom to become an immortal legend. This is the story of Lord Hanuman!

Graphic India Founder and the series co-creator, Sharad Devarajan commented, “We are overjoyed to see The Legend of Hanuman achieve this milestone for original animation from India. The series tells the epic saga of the perpetual war between the forces of good and evil and the immortal Lord Hanuman, who becomes the ever-burning beacon of hope amidst the harrowing darkness. For the first time, the grandeur of the epic world and the mythical beings of gods, demons, forest creatures, spirits and anthropomorphic clans, can be visualized through high quality animation, creating an animated event that transcends age groups and we hope this series will speak to audiences for generations. The actions of Lord Hanuman in this series show that courage and hope will always defeat darkness – and that the true measure of a hero goes far beyond the powers they have, but rather, is defined by their inner strength, compassion and character.”

In addition to series creators, Devarajan, Kang and Singhal, other Executive Producers on the series include, Roopa De Choudhury, Shivanghi Singh and Shaik Maqbool Basha. Lead writers include Sarwat Chadda, Ashwin Pande and Arshad Syed and the series is directed by Kang and Navin John.

The Legend of Hanuman brings forth the power of great storytelling combining great mythology and accessible dialogue with high quality animation, to make it an ideal watch for people of all ages across the country.

Jamaica celebrates its Reggae Riddim that connects the world

WiFi 6E Routers are the next revolutionary routers to look…