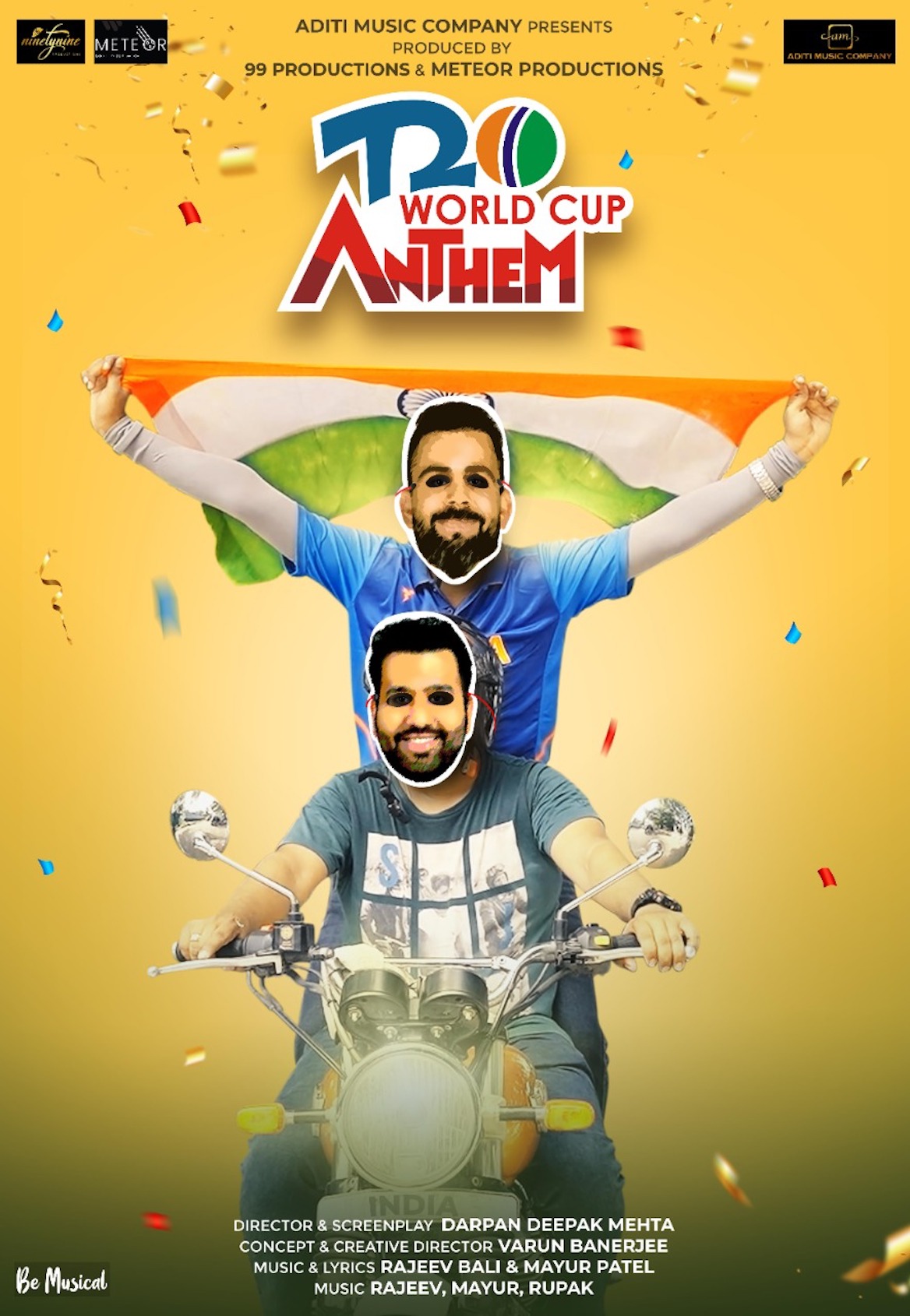 Mumbai: The ongoing ICC T20 Men’s World Cup has instilled high hopes for India’s stellar performance. Cricket fans are cheering for Team India by humming to the soulful composition by duo Mayur Patel and Rajeev Bali. Titled as ‘Jeetega Bhai Jeetaga, India Jeetega’, the composition portrays the excitement and fervour of the World Cup in every nook and corner of the country. It is a tribute to the Indian cricket team as well as the enthusiasm of fans for whom the sport is no less than a religion.

It has received an overwhelming response with over 3,34,519 views on YouTube in a mere span of 5 days. The song is a joint production of Be Musical, Meteor Productions & 99 Productions.

“Cricket is a cult in India and cricketers are worshipped as gods. I have grown up watching the sport and admiring the Indian team for their perseverance. What began as a bud of an idea—when I entered the Old Trafford Manchester stadium for the India vs Pakistan World Cup match in 2019 – has now taken shape in 2021 in the form of a composition.  It is my way of celebrating the spirit of sports and cheering for the Indian team and its people. I hope this anthem resonates with others and emboldens the spirit of cheering for India,” said Mayur Patel, Singer, Composer and Founder, Be Musical.

Mayur Patel is a Guinness World Record holder for being a part of the ‘Largest Indian Cinematic Music Band’ organised by Amazon Prime Video. He was born in a middle-class family; he closely observed the change in musical taste and trends – from pop music culture in the 90s to the latest Youtube and Spotify era. His musical journey began in childhood when his father, Ramesh Patel, introduced him to the melodious tunes of the legendary Kishore Kumar. He was greatly inspired by the combination of Kishore da and RD Burman. Mayur is well versed with the songs of artists from the era of Kishore Kumar, Md. Rafi to Udit Narayan, Kumar Sanu, Sonu Nigam, Arijit Singh, Armaan Malik, etc.

“I remember Mayur had just returned from the UK after the ICC World Cup 2019 as he wanted to experience the match live in a stadium. That inspired him to compose for our Indian team as he is very passionate about cricket and a true patriot. I came on board since I shared this vision too.  We always heard the same old songs played over the stadiums and news channels when cheering for our team. This new composition is like a fresh breeze to salute the sporting spirit of the team and fans alike,” said Rajeev Bali, Singer, Composer and Co-Founder, Be Musical.

Rajeev has been passionate about music since childhood. He learned to play the piano, guitar, harmonica and other instruments without the help of any instructor. He has also featured in several ad films such as the launch of Sony Mix, Gaana.com, Micromax Canvas5, Idea Cellular, etc. He is also a composer and lyricist and counts the movie ‘Fuddu’ and several private albums among his compositions.

Letter is now supercharged with Ryzen