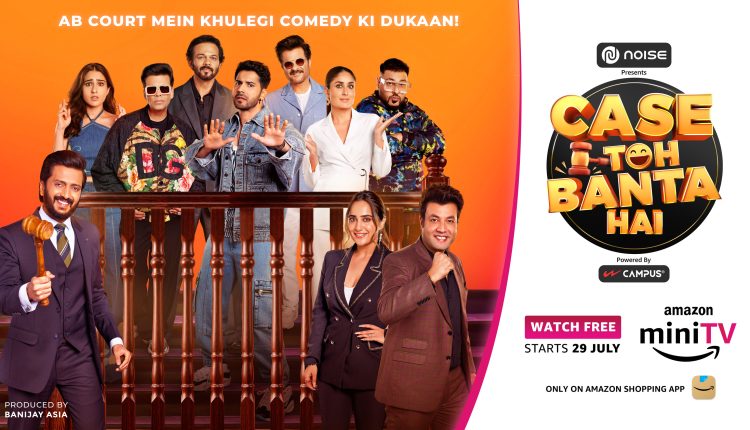 It’s THE Karan Johar we are talking about today. The filmmaker has forever been infamous for getting to celebs spill the beans and give audiences the tea! It’s for this exact reason, that janta ka lawyer Riteish Deshmukh has summoned KJo on his courtroom comedy drama Case Toh Banta Hai! It promises to be a face-off to look forward to as the profiling TV personality fights the atrangi ilzaam being levied on him!

Karan Johar has posted a video on social media in which he receives Riteish’s summon on call. When accused of revealing secrets in the public domain, Johar defends himself saying people want to talk to him. The filmmaker warns Riteish for getting on his nerves and challenges the actor by saying “Abb Lawyer Ko Hi Lawyer Hire Nahi Karne Diya Na Maine, Toh Mera Naam Bhi Karan Johar Nahi!” Should Riteish be scared? One can only find that out when the episode goes live!