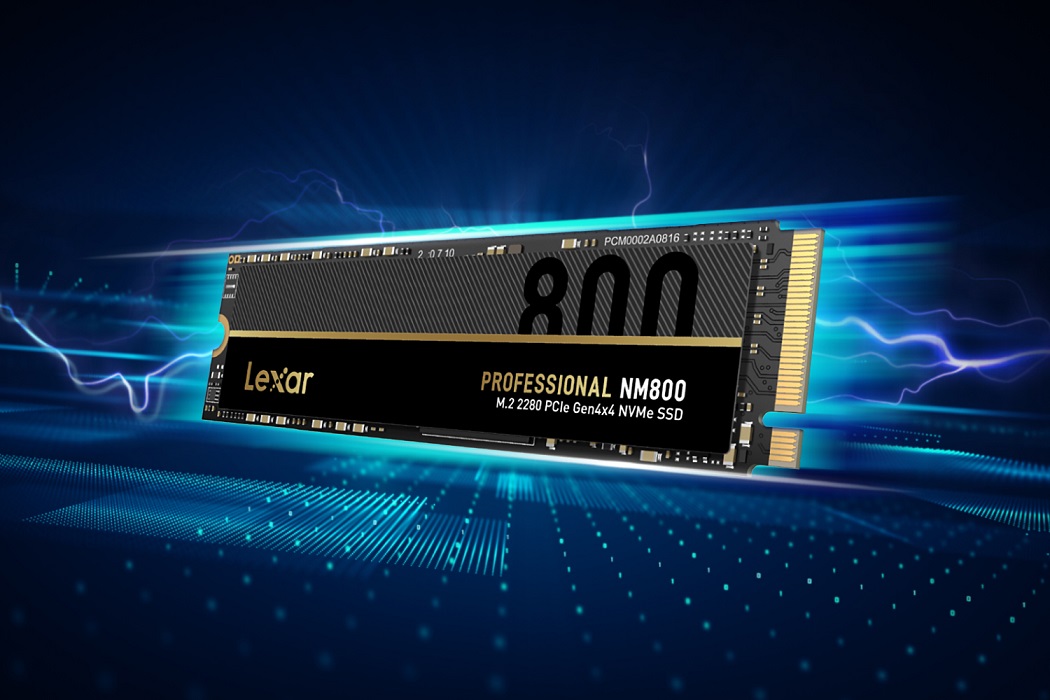 Lexar, a leading global brand of flash memory solutions, is proud to announce the new Lexar® Professional NM800 M.2 2280 PCIe Gen4x4 NVMe SSD. It is designed for hardcore gamers and creative professionals looking for superior speed in their workstations and gaming consoles.

The Lexar® Professional NM800 M.2 2280 NVMe SSD provides maximum SSD performance that puts you in the computing fast lane with speeds up to 7400MB/s read and 5800MB/s write1, which is 12.7x the speed of SATA-based SSDs3. It is also supported by the PCIe Gen4x4 NVMe 1.4 technology standard and backward compatible with PCIe 3.0, adding versatility to your professional workflow.

Unlike traditional hard disk drives, the NM800 SSD has no moving parts so it is built to last. On top of that, it’s also shock and vibration resistant2, making it one robust and reliable SSD.

“Lexar is committed to providing better memory solutions. We are excited to announce the new Lexar® Professional NM800 M.2 2280 PCIe Gen4x4 NVMe SSD to our family line of SSD products. With speeds of up to 7400MB/s read, it is a top choice for content creators and gamers who want to unleash max SSD performance for next-level computing.” said Joel Boquiren, General Manager of Lexar.