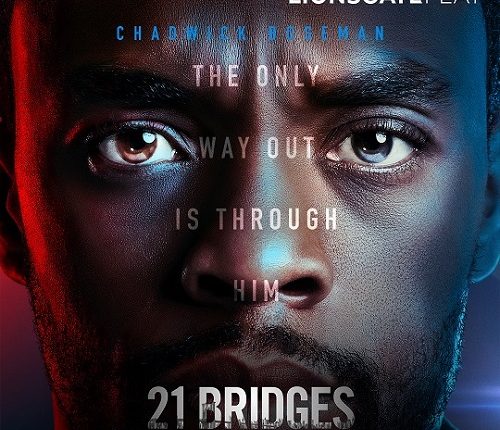 New Delhi : The year is coming to an end but not the content slate of Lionsgate Play! The entertainment giant is launching BingeFest starting from Friday, 24th December till Friday, 31st December 2021. The OTT player will release series or movie with more than 7.0 IMDB rating every single day. The content for the BingeFest has been exclusively curated. It’s time to watch some of the best movies and shows to enjoy the last week of the year.

Showtrial: Showtrial has been hailed as one of the most engaging legal drama and has an IMDB rating of 7.5, the series has been created by Ben Richards. The critically acclaimed show revolves around an arrogant daughter of a rich businessman played by Céline Buckens who is arrested for disappearance of her fellow student Hannah Ellis played by Abra Thompson. The 5 episodic series keeps the viewers hooked till the end keeping them intrigued about what really happened with Hannah.

White Princess: The eight episodic miniseries is a historical television drama starring Jodie Comer, Rebecca Benson, Jacob Collins-Levy, Michelle Fairley, Patrick Gibson, Suki Waterhouse in the lead. The series is based on Phillipa Gregory book of the same name, the story of Elizabeth of York, the White Queen’s daughter, and her marriage to the Lancaster victor, Henry VII. The series has received 7.2 IMDb rating.

Gomorrah:  With an 8.5 IMDB rating, Gomorrah is a very popular Italian crime drama series. The show tells the story of Ciro Di Marzio (Marco D’Amore), a member of the Camorra’s Savastano clan, headed by Pietro Savastano (Fortunato Cerlino), a high-ranking member. Ciro aims to navigate the dangers of the criminal world, while also fighting a brutal civil war.

The White Queen: It’s 1464 and England has been at war for nine years due to the bloody War of the Roses between the House of York and the House of Lancaster over who is the country’s true king. Young Edward IV, heir to the House of York, is crowned king with help from master manipulator Lord Warwick who has a plan to control the throne, but the plan comes crashing down when Edward falls in love with Lancastrian commoner Elizabeth Woodville. A violent struggle for the crown ensues between Woodville, adversary Margaret Beaufort and Anne Neville, a pawn in her father’s power game. The series has received 7.8 IMDB rating.

21 Bridges: Chadwick Boseman starrer 21 Bridges thrusts into a citywide manhunt for a duo of cop killers, NYPD detective Andre Davis begins to uncover a massive conspiracy that links his fellow police officers to a criminal empire and must decide who he is hunting and who is hunting him. During the manhunt, Manhattan is completely locked down for the first time in its history – no exit or entry to the island including all 21 bridges.

Prisoners: The film centers around Keller Dover faces a parent’s worst nightmare when his six-year-old daughter and her friend go missing. The only lead is an old motorhome that had been parked on their street. The head of the investigation, Detective Loki, arrests the driver, but a lack of evidence forces Loki to release his only suspect. Dover, knowing that his daughter’s life is at stake, decides that he has no choice but to take matters into his own hands. With an 8.1 IMDB rating this is definitely a must watch film for cinephiles!

Departure S2: This Suspense Drama series follows the investigation by the fictional Transport Safety and Investigations Bureau into the disappearance of a British passenger plane over the Atlantic Ocean and the reasons behind it. The series has received 7.2 IMDB rating.

Sicario : After rising through the ranks of her male-dominated profession, idealistic FBI agent Kate Macer, is exposed to some harsh realities. Recruited by a mysterious government official, Kate joins a task force for the escalating war against drugs. Led by the intense  journey , the team travels back-and-forth across the U.S.-Mexican border, using one cartel boss to flush out a bigger one.