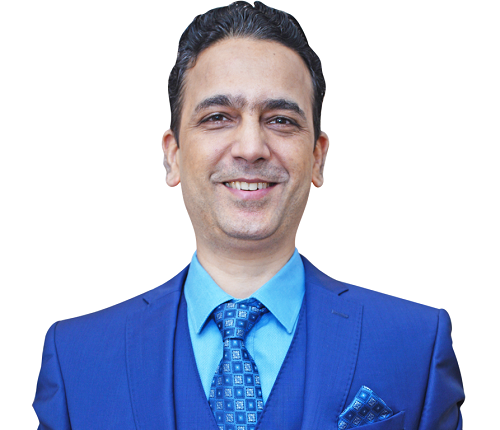 Mumbai : India’s leading organisation specializing in Diabetes Reversal – Freedom from Diabetes’ (FFD) annual mega event ‘Muktotsav 2021’ concluded with an invaluable parting gift from the world’s leading proponent on diabetes reversal – Professor Roy Taylor, renowned physician, diabetologist and author. On the event’s concluding day while addressing the participants, Prof Taylor clarified on the Body Mass Index (BMI) and its correlation to diabetes being a myth. He further submitted proofs of diabetic individuals with varying BMIs who, post successful remission, had completely reversed diabetes with weight loss. Prof Taylor revealed that close to 50 years of his research has proven that 15 kg of weight loss can potentially reverse diabetes and that type-2 diabetes is not as complicated a disease as it was once believed to be.

Prof Taylor congratulated the diabetics who had successfully reversed their condition and commended Dr Pramod Tripathi for his efforts in helping free these individuals from diabetes.

“In most parts of Europe, by formal definitions, a BMI of above 25 is considered overweight and that over 30 is obese. However, it has been observed that Indians have a lower range of BMI. In India, a person with even a BMI of 20 may seem healthy but the body may not be able to cope with any extra weight. In a considerable number of cases, slim individuals are unable to tolerate even a slight increase in body weight and vice versa, a heavier set individual may be okay with the extra fat. A person’s size is not always an indication of whether it’s healthy or unhealthy for the body. The key is to reduce fat from the liver and pancreas to winning over diabetes and type-2 diabetes has nothing to do with a person’s BMI. Through a range of observations in individuals with diabetes across age, sex, ethnicity and dietary habits, it has been conclusively proven that a weight loss of 15 kg is the vital to winning over diabetes,” says Professor Roy Taylor.

A brainchild of Dr Pramod Tripathi, a pioneer in diabetes reversal, Muktotsav is a one of its kind event for diabetics in the world. This year, the event celebrated individuals who successfully reversed diabetes among other lifestyle related disorders through FFD’s unique programme. However more importantly, the non-ticketed event was aimed at inspiring others to free themselves from diabetes and was organised at no cost for interested participants.

“The number of people diagnosed with diabetes is increasing each year at an alarming rate. FFD is making efforts to raise awareness through several initiatives including events such as this. Muktotsav is an annual event through which we celebrate individuals who have conquered their battle over diabetes. However, through these winning stories we aspire to impress upon those who may be sitting on the fence to take action and free themselves from diabetes. As pointed out by Prof Taylor, diabetes is a simple condition which with the right lifestyle corrections can be easily reversed. The earlier one decides to act on diabetes, the better are their chances of effectively reversing it. Over the last seven years, FFD has helped over 11,000 individuals reverse their diabetes and we are on a mission to free 100,000 diabetics by 2025,” says Dr Pramod Tripathi, Founder, FFD.

Since 2013, FFD has helped 11314 diabetics free themselves from dependency on either insulin or medicines or both. Of these, 1741 are totally free from administering insulin, 8780 are completely non-dependent on medicines and 845 are free from both. In 2021, a whopping 204 individuals cleared the Glucose Tolerance Test (GTT). A significant number of these individuals have cleared the GTT for six consecutive years.

“Typically, the liver and pancreas of an individual with type-2 diabetes has more fat than they can cope. Through weight loss and disciplined efforts at maintaining it, one not only can reduce the liver fat but also completely restore the pancreas back to health. Remission is not merely control of diabetes; it is scientifically proven that it is return to normal. Freeing oneself from diabetes is a journey, a continuous effort of which the entire family has to be part of. Another very important fact about type-2 diabetes and one which can’t be overlooked is that the fat threshold is genetically inherited. This means that our disorders can potentially be passed on to our children and so, if not for oneself, a diabetic should make efforts to free themselves from diabetes for the sake of their children,” concludes Prof Taylor.

Research to Revolutionise Treatment of Cancers in Men, Women and Geriatric Patients