Not all abnormalities detected during pregnancy are lethal 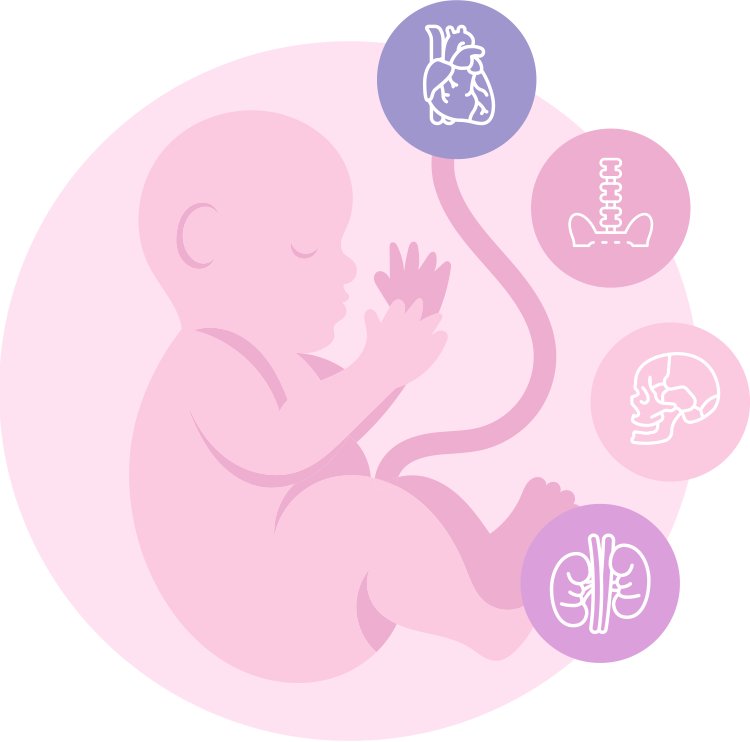 Two-year-old Raju (name changed) loves to play LEGO blocks and enjoys the company of his other playmates, just like any other toddler. He is active and is quick to understand and follow every instruction of his parents. For a child born with Hydronephrosis (a condition caused by a blockage in the tube that connects the kidney to the bladder or ureter), Raju’s parents worried about developing physical and mental disabilities. The condition was detected when an anomaly scan was conducted during the 5th month of pregnancy. Raju’s parents had sought help from the doctors and underwent counselling about the disease and the baby’s condition. They were informed that the child might suffer from severe complications in future and were recommended to terminate the baby. While hearing this option was devastating, they decided to go for a second opinion.

Upon recommendation from one of their friends, Raju’s parents came to Bangalore and consulted Dr Anil Kumar PL, Senior Consultant – Pediatric Surgeon at Sakra World Hospital. He carefully evaluated the case and found out that termination was not required. He instead, counselled the couple extensively about the treatment, prognosis and outcome. Under Dr Anil Kumar’s guidance, ultrasound scans were done at regular intervals to check the progress of hydronephrosis (Kindey swelling) alongside periodical follow ups till the delivery.

After Raju was born, an ultrasound scan was done that showed swelling in the kidney. He was immediately put on medication and the scan was repeated after a month which showed further increase in swelling of the kidney. A series of renal tests were conducted which revealed severe damage to the baby’s kidney due to the blockage.

Hydronephrosis has different aetiology – vesicoureteral reflux, Pelvi ureteric junction obstruction, Renal dysplasia, posterior urethral valves, duplex system. Based on the aetiology, further management is decided such as Pelvi ureteric junction needs surgery, vesicoureteral reflux needs follow up and if persisting reflux is present, the patient needs surgery, and posterior urethral valve needs surgery to relieve the obstruction. In almost 90% of cases, the condition is managed conservatively with regular follow up. In Raju’s case, it was Ureteropelvic junction (UPJ) obstruction, a blockage in the kidney which obstructs the flow of urine out of the kidney thus, causing back pressure damage to the organ. To correct the blockage, Raju underwent Pyeloplasty surgery when he was 2 month old. Pyeloplasty is a unique surgical reconstruction of the renal pelvis (a part of the kidney) that is to drain and decompress the kidney. These types of surgeries are done by paediatric surgeons to relieve a uretero-pelvic junction (UPJ) obstruction.

Commenting on Raju’s condition and the surgery performed, Dr Anil Kumar P.L said, “Hydronephrosis is the most common congenital renal anomaly observed in antenatal ultrasonography with a prevalence of 2-5%. At Sakra, we see at least 50-70 cases every year, out of which 10 cases require surgical correction. Usually, the surgery is performed during the first month if function of the kidney is compromised. If left untreated, it can lead to loss of kidney function and may result in nephrectomy (removal of the kidney). It must be noted that not all the abnormalities detected during pregnancy are lethal, hence Termination of pregnancy is not the answer. There are many diseases that have permanent cures and solutions. Therefore, we suggest the parents to meet a paediatric surgeon for counselling as soon as the problem is detected. Sometimes, congenital swelling of the kidney when not detected early, may be noticed in infancy or teenage years with urinary tract infection, abdomen swelling.”

Post-surgery, Raju recovered well with good improvement in the parenchymal function of the kidney near normal.

Thanking Dr Anil Kumar P.L , Raju’s parents said, “We are extremely thankful to Dr Anil Kumar and the other doctors of Sakra World Hospital. With their help, our son recovered well.  He no longer has any problems while urinating; he’s free from all the abnormalities. He is now a happy two year-old boy with a normal kidney function.”