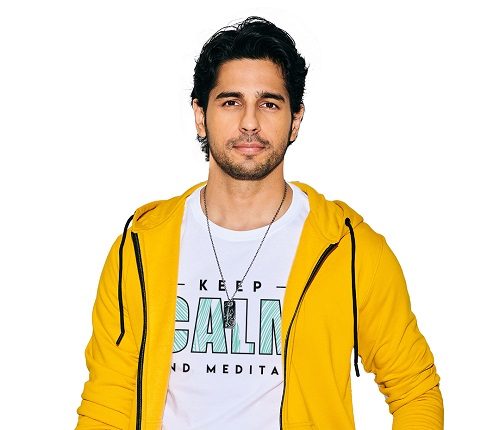 Mumbai: India’s largest fashion D2C brand, Bewakoof has signed Sidharth Malhotra and Fatima Sana Shaikh to promote the brand across its digital platforms. The Cool Student of the Year Sidharth and Dangal star Fatima will be seen in the Bewakoof collection in a digital campaign that has gone live today.  The theme of the campaign is Never Change.

The Campaign will feature 2 brand films where Sidharth’s Shershah Co-actor Sahil Vaid will also be seen. The ad films will reveal the ‘always fun side’ of the 3 actors who are seen cracking jokes on each other and showing their mischievous side. Bewakoof is introducing their new tagline, ‘Ho Bewakoof toh stay Bewakoof — Never Change’. The idea stems from the Bewakoof’s brand persona, which stands for expressing yourself freely without any inhibitions. Bewakoof is synonymous with not giving into pressures and standing for hatke and being fearless.

Sidharth and Fatima imbibe this vibe as even after seeing highs and the lows of their profession, they followed their belief system and have won a billion hearts with their sheer hard work and never change, don’t give up attitude.

Prabhkiran Singh, Founder CEO, Bewakoof, says, “We are the market leaders in the fashion industry and have built our business without any godfathers. When we thought of rolling out our new campaign centered around Never Change, Sid and Fatima were our obvious choice because, as a brand, we identify with them. In our early days, we were ridiculed for our brand name, business model but we didn’t change nor did we give up. As a brand, we see these disruptive qualities in both Sid and Fatima.”

Sidharth Malhotra, who is fresh from Shershah success, is known for his layered acting which translates into a strong storytelling. His dedication to his craft has led him to make a name for himself in the Hindi film industry. Sidharth represents the aspirations of the youth with a clear message that if you believe in something, follow your approach with grit and rigour, you will emerge a winner. On his association with Bewakoof, he says, “Bewakoof has uber cool clothes which you can easily add to your wardrobe. It was a fun collaboration & friendly masti vibe wearing their quirky outfits.”

Fatima, who started her career with cameos, won well deserved accolades for her work in Dangal. She has been unstoppable since then. Her work in multi-starrers like Ludo, Suraj pe Mangal Bhari and Ajeeb Dastans, prove that she can stand her own ground even among some of the most successful actors just like Bewakoof stands tall among other D2C brands in India. Commenting on her engagement with Bewakoof, Fatima says, “Bewakoof’s journey has been similar to mine. This got me interested in associating with the brand as I could identify with the expressions, language and styling they promote. The comfort level with the brand and the products that I tried won me over.”

Get ready for a lot of Bewakoofi with Sid and Fatima.

YPay aims at multiplying its manpower by 3x