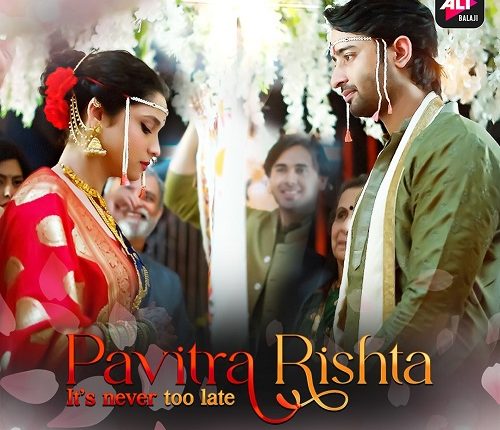 The love story that once enchanted the Indian viewers for years on television is back again. Balaji Telefilms had launched  Pavitra Rishta on television more than a decade ago. With 1424 episodes, the show ran on Zee TV for 5 long years. It is, to date, the most iconic daily soap in the history of Indian TV. Producer Ekta R Kapoor’s digital platform ALTBalaji is all set to re-create the magic on your digital screens with the digital redux of the iconic show with Pavitra Rishta Season 2… It’s never too late!

The makers dropped the trailer of the series on Saturday, and we can say it was worth the wait. The trailer touches all the right emotions, and it brings an avalanche of nostalgia at least for those who have watched the show.

Against the background of the title track of the show, the trailer begins with Manav and Archana played by the effervescent duo, Shaheer Sheikh and Ankita Lokhande enjoying their date. This is followed by montages of the couple that bumps into each other time by co-incidence until their respective families find them compatible enough to get married to each other. It’s a match made in heaven, except for one thing. Manav’s mother tells Archana’s kin that he is a manager at a garage while in reality, he is working as a mechanic. And this one lie brings their entire universe down. How the two sustain their love amid their middle-class family is the soul of Pavitra Rishta. Will Manav and Archana’s love triumph over all the lies? Will their love rekindle the spark that they have always wished for?

Ankita Lokhande who plays the character of Archana shared, “Pavitra Rishta and Balaji (Telefilms) go hand in hand. So to be back on Pavitra Rishta that too on Ekta R Kapoor’s ALTBalaji is overwhelming. It is like a homecoming for me. However, It’s been 12 years that Archana and I have been together. Nobody knows her better than I do.  And I indeed have a Pavitra Rishta with her. The kind of love I had for Archana and the love that the fans have showered towards her I just hope they give the same to her on ALTBalaji. Watching the trailer, I was taken aback to those initial days when I met Archana for the first time, A nervous yet confident middle class girl. A lot might have changed, but my love for her has still been the same.”

Shaheer Sheikh who plays Manav shared, “To play Manav is a huge responsibility. I have tried my best to essay the character. I am quite happy and I hope the audience showers the show with love.”