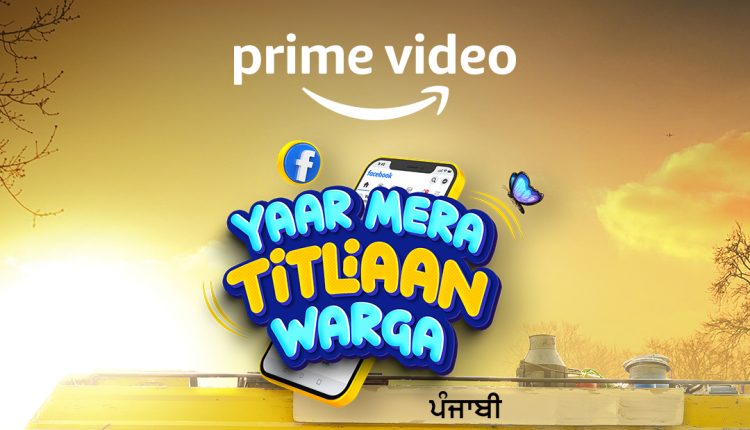 MUMBAI : Prime Video today announced the digital premiere of the Punjabi rom-com drama Yaar Mera Titliaan Warga from 30 September. Starring Gippy Grewal and Tanu Grewal in the lead roles, the film chronicles the life of a couple who are bored of each other after six years of marriage. The film also features Gurteg Guri, Karamjit Anmol, and Raj Dhaliwal in pivotal roles. Directed by Vikas Vashishth, and produced by Humble Motion Pictures in association with Omjee Star Studios, the film received rave reviews during its theatrical run from audience and critics alike. Prime members in India and across 240 countries and territories can stream the film starting 30th September.

Set in rural Punjab, Yaar Mera Titliaan Warga is a story of a married couple, Gurmel (Gippy) and Beant (Tanu), who have grown romantically apart after the birth of their son five years ago. Gurmel, who is feeling the absence of romance more than his wife, seeks relationships outside his marriage by creating fake identity on social media to chat with other women. Meanwhile, his wife is also doing the same, to get her husband’s attention back to her. It ends when the two realise they have been chatting with each other under false identities.

Yaar Mera Titliaan Warga will be available exclusively for Prime Video members from 30 September 2022 across 240 countries and territories.