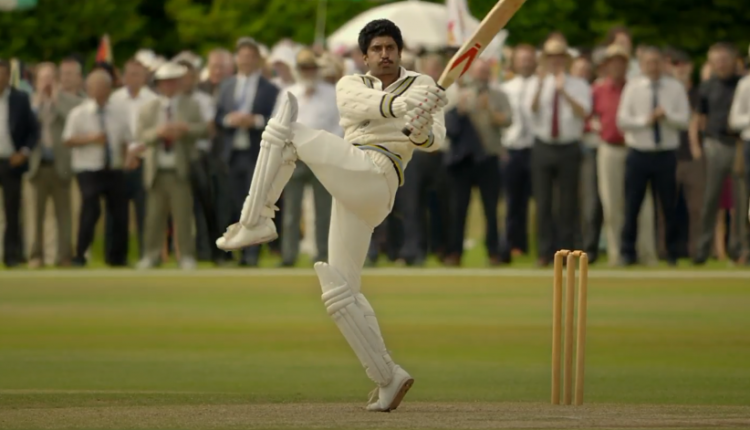 Versatile actor and the nation’s heartthrob Ranveer Singh has everyone raving; not just about his mind-blowing performances, but his method acting, good looks and not to mention, those funky OOTDs and airport looks. Ranveer is currently making news for his upcoming cricket biopic 83 where he plays the character of legendary cricketer and captain of the Indian team that got home the World Cup in June 1983, Kapil Dev. The movie celebrates India’s most loved sport – Cricket – and recreates India’s historic win over West Indies at the World Cup. While we are eager to watch Ranveer delight us in his cricketing avatar, giving the West Indies’ team a run for their money, we are equally intrigued to know how Ranveer Singh beat hunger. Read on to join Ranveer in his quest on “Bhook ke chhakke chhudao”.

We all know Ranveer is an ardent foodie, in fact, he has talked about his love for food in his past interviews. But what got Ranveer all geared up to fight his hunger this once? Read on to find more…

A little birdie told us that KFC is now offering a Super 6s and Super 4s special offer to match Ranveer’s display of boundaries from the film. No wonder it has gotten Ranveer talking about “bhook” and “chakke chhudana.” In KFC’s recently released digital film, Ranveer Singh is seen batting on a pitch – a snippet from the film ‘83, hitting one chakka after another. And just like he smashes the ball out of the field, he urges viewers to do the same for their hunger – “Bhook ke chakke chhudao”.  He goes on to tell you how to do so, with the exclusive Super 6s and Super 4s offer on the all-new KFC app. No more single runs or doubles, KFC goes straight for the highest scores with six-on-six or four-on-four pieces of Hot & Crispy chicken or Chicken Strips from 22nd to 26th December, in an app-exclusive offer.

The much-anticipated film 83 is slated to release on 24th December in 5 languages – Hindi, Tamil, Telugu, Kannada and Malayalam, and has already received acclaim & love for the historic event it captures, backed by power-packed performances. Infact, earlier this week the film and cast received a standing ovation at its World premiere at the Red Sea Film Festival in Jeddah. Ranveer Singh and Deepika Padukone, along with director Kabir Khan and his wife Mini Mathur, made a grand appearance at the Jeddah Film Festival. Former cricket legend Kapil Dev and his wife Romi also marked their presence at the festival. Now these are some Super 6s and Super 4s that we cannot wait to see AND get our hands on!