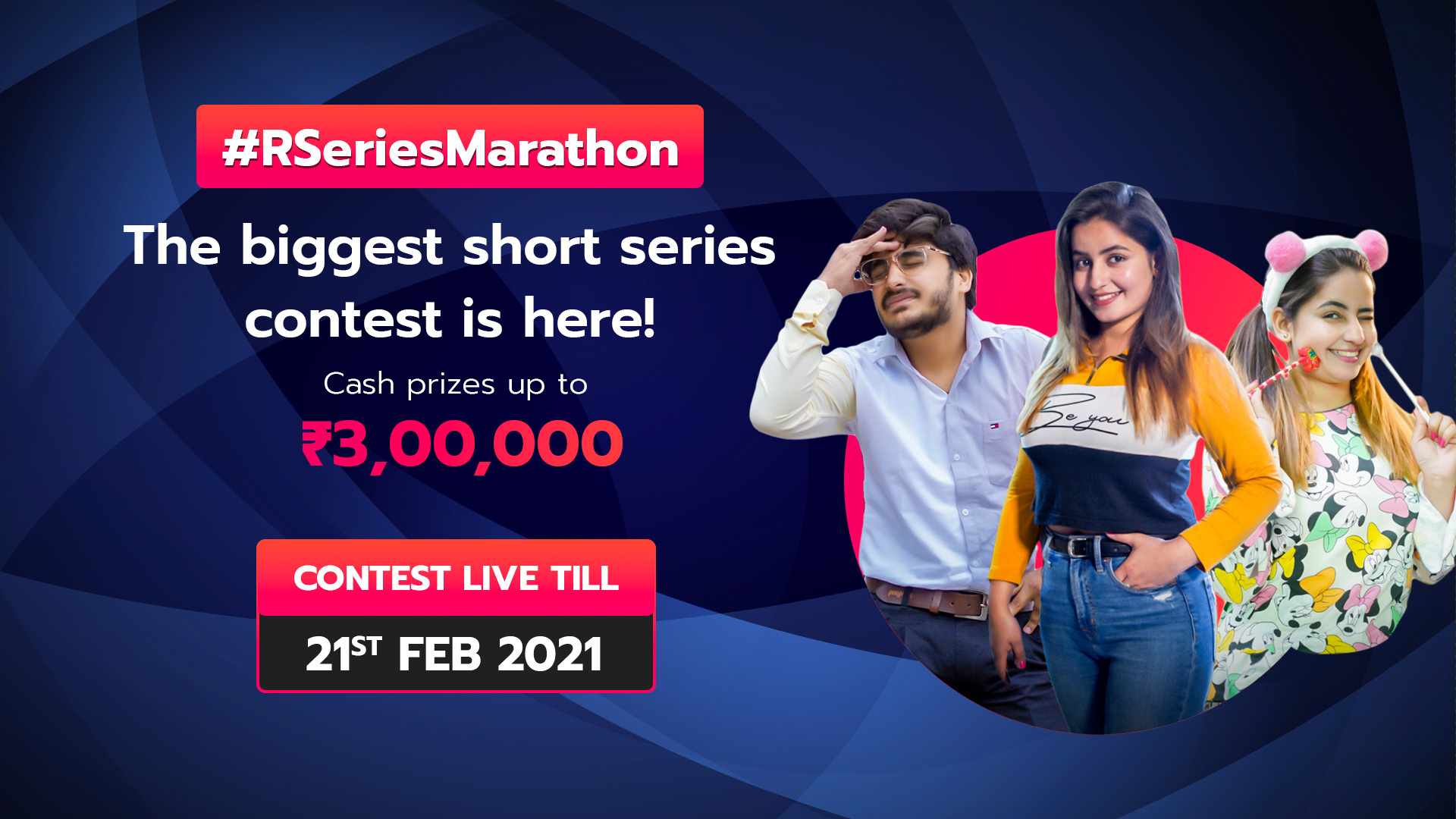 Rizzle, India’s leading homegrown short videos app has kicked-off the RSeries Marathon for content creators. With prizes worth Rs. 3 lakhs up for grabs, the contest aims to spur the creativity of film-making enthusiasts. The contest will conclude on 21st February 2021.

To participate in the #RSeriesMarathon contest, creators need to script, film, and upload 10 original mini-series of 3 minutes each on to the app. Along with cash prizes worth Rs 3 lakhs, the top 3 series of the marathon will be featured on the app and its creators will win a chance to star in Rizzle Originals.

Creators looking to participate in the RSeries Marathon can enroll here.

Speaking about the contest, Ms. Vidya Narayanan, the co-founder of Rizzle shares, “The RSeries Marathon is democratising the film-making space for content creators. Short, vertical series are bringing about a revolution in the short video content spectrum. Rizzle is a creator-first platform that empowers them to become persuasive storytellers.”

Rizzle Series – the app’s flagship venture is giving a platform to aspiring filmmakers, producers, directors, and anyone who wants to create short web-series in the vertical video space. Additionally, Rizzle also provides free dance and acting classes for all users, making the user-generated series a reality. With several other innovative features such as greenscreen, collabs, picture-in-picture, filters, licensed music, and more, Rizzle is truly every content creator’s utopia.

Enrich your home with Vintage Mirrors from The Great Eastern Home