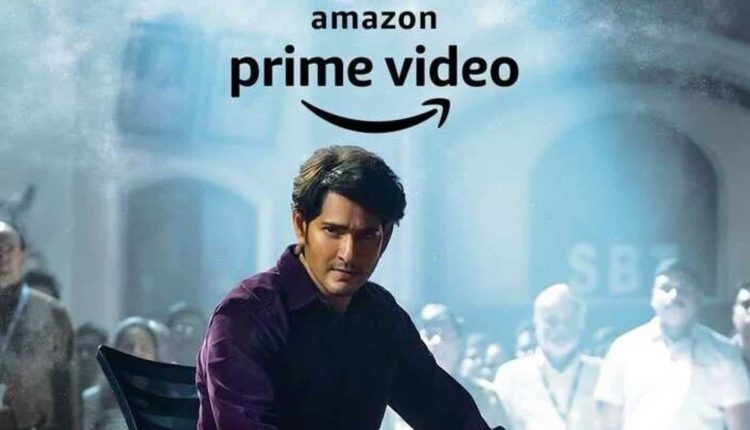 Think of Tollywood and Mahesh Babu’s name is the first name on everyone’s mind. Fondly called the ‘Prince of Tollywood,’ the superstar enjoys an ever-increasing popularity and an endless amount of love from his ardent fans and HOW!!! As the actor’s birthday is coming soon, his admirers have gone all out to prove that no one has their heart quite like Mahesh Babu.

Mahesh Babu turns 47 on August 9 this year, the party has well and truly already begun! His fans have gone berserk and started the pre-birthday celebrations on Twitter. They have showcased their love, and blessings on Twitter as they wish him ‘Happy Birthday in advance with the hashtag #50DaysToReigningSSMBBday. Well, this is what makes him a ‘superstar,’ isn’t it?

The actor also has a special gift in advance for his fans as ‘Sarkaru Vaari Paata,’ that stars him and Keerthy Suresh in the lead, is all set to release on Amazon Prime Video on June 23, 2022. Mahesh Babu plays a banker alongside co-star Keerthy, who is seen playing a con woman. The film is a perfect mix of romance, drama, action, and heart-touching music.

If you missed out on watching the action-drama in theaters, Mahesh Babu’s fans can watch the film on Amazon Prime Video starting June 23, 2022.

Evenness of mind is Yoga: On the auspicious occasion of Yoga Day

The Lord Of The Rings: The Rings Of Power To Have A Marriage Of Visual And Practical…

This Yoga Day, Experience Martial Arts Like Never Before on &flix