Scientists spot an alien planet as it is being formed

Astronomers have gazed into what appears to be a planetary maternity ward, observing for the first time within a huge disk of dense gas and dust surrounding a newly formed star a planet in the process of being born. 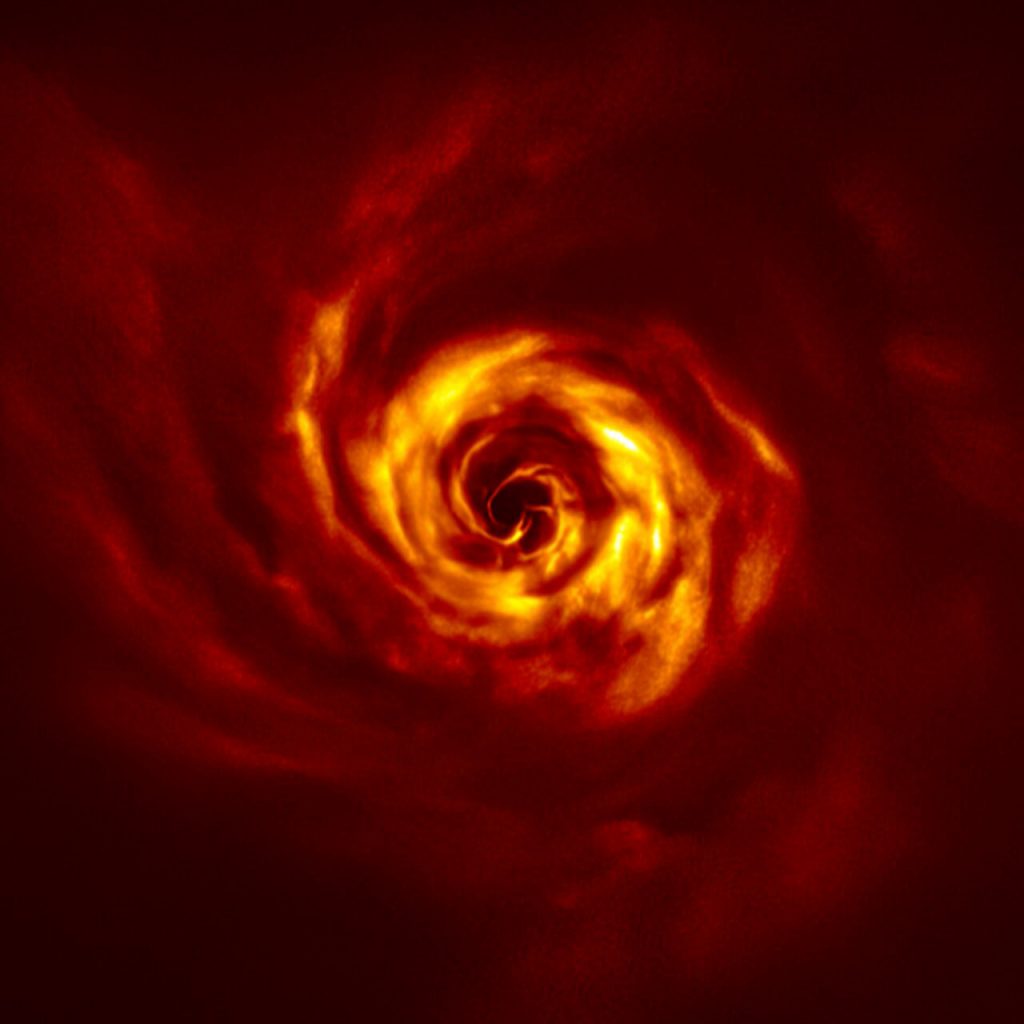 This large young planet is forming around a star called AB Aurigae that is about 2.4 times the mass of the sun and located in our Milky Way galaxy 520 light years from Earth, researchers said on Wednesday. A light year is the distance light travels in a year, 5.9 trillion miles (9.5 trillion km).

The scientists used the European Southern Observatory’s Very Large Telescope in Chile to spot a spiral structure within the swirling disk around AB Aurigae generated by the presence of a planet. They detected a “twist” pattern of gas and dust in the spiral structure marking where the planet was coalescing.

“It takes several million years for a planet to be in its final stage, so birth is not well defined in time. However, we can say that we were likely able to catch a planet in the process of formation,” said Observatoire de Paris astronomer Anthony Boccaletti, who led the research published in the journal Astronomy & Astrophysics.

More than 4,000 planets have been discovered orbiting stars beyond our solar system. Scientists are eager to learn more about how they are born as cold gas and dust consolidate in these disks surrounding new stars.

The planet is located about 30 times further from its star than Earth’s distance from the sun – about the distance of the planet Neptune in our solar system, Boccaletti said. It appears to be a large gas planet, not a rocky planet like Earth or Mars, and may be more massive than our solar system’s largest planet Jupiter, Boccaletti added.