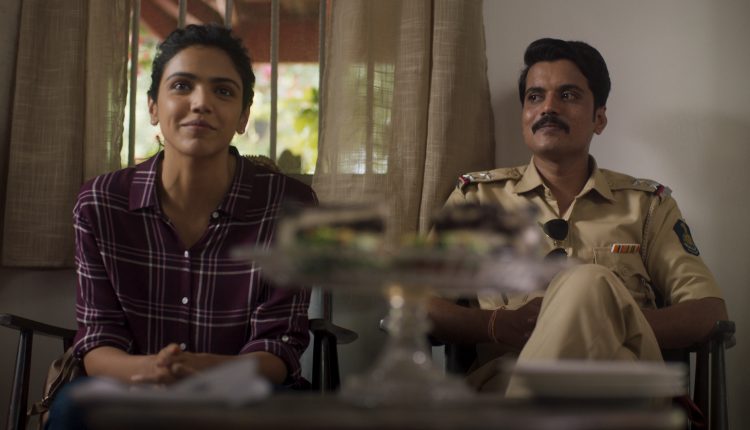 Revolving around a murder mystery in one of Goa’s most respected families, Amazon miniTV’s crime thriller Murder in Agonda has grabbed the attention of the audiences owing to its engrossing storyline and amazing performances. The first two gripping episodes of the crime thriller has made the viewers tune in and watch this jaw dropping web series right away. With lots of suspense, drama and mystery to unfold, the streaming service is all set to drop two more episodes of the show on 15th April. Ahead of the launch of the upcoming episodes, the lead actor, Shriya Pilgaonkar shares how she managed to speak Konkani that made her character more authentic as it belongs from Goa in the show.

“My father’s side of the family is from Goa. In fact, we have visited Pilgaon, which is a small place in Goa. Although I don’t speak Konkani, I can understand a bit of the language.  I have always found it very sweet to the ears. However, we did have a dialect coach with us on the set to add some Konkani elements while speaking to make it more local. It just made it more authentic.” said, actress Shriya Pilgaonkar.

Directed by Vikram Rai and starring popular actors like Shriya Pilgaonkar, Aasif Khan, Kubbra Sait and Lillete Dubey, Murder In Agonda is streaming on the Amazon miniTV within the Amazon Shopping App for free.

Bluei unveils the Juke Box soundbar at an unbeatable price

Top 9 trekking, camping & adventure activities to do near Mumbai for an exciting long weekend