Home-made cloth face masks likely need a minimum of two layers, and preferably three, to prevent the dispersal of viral droplets from the nose and mouth that are associated with the spread of COVID-19, indicate a video case study published online in the journal Thorax. 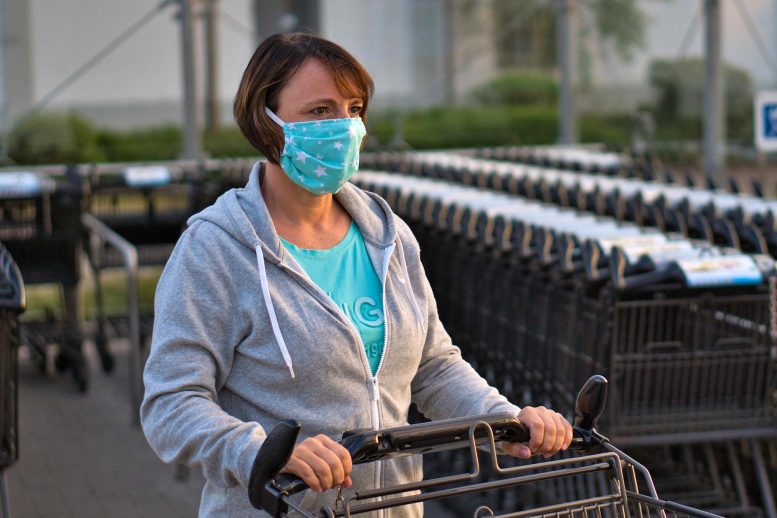 Viral droplets are generated during coughing, sneezing, or speaking. And face masks are thought to protect healthy people from inhaling infectious droplets as well as reducing the spread from those who are already infected.

But worldwide shortages of personal protective equipment during the pandemic have led some health agencies, such as the US Centers for Disease Control (CDC), to recommend the use of home-made cloth face coverings as an alternative to surgical face masks.

Several types of material have been suggested for these, but based on little or no evidence of how well they work.

The researchers used a tailored LED lighting system and a high-speed camera to film the dispersal of airborne droplets produced by a healthy person with no respiratory infection, during speaking, coughing, and sneezing while wearing each type of mask.

The video recording showed that the 3-ply surgical face mask was the most effective at reducing airborne droplet dispersal, although even a single layer cloth face covering reduced the droplet spread from speaking.

But a double layer covering was better than a single layer in reducing the droplet spread from coughing and sneezing, the recording showed.

This is just one case, added to which several other factors contribute to the effectiveness of cloth face masks, note the researchers. These include the type of material used, design and fit, as well as the frequency of washing.

Nevertheless, based on their observations, a home- made cloth mask with at least two layers is preferable to a single layer mask, they say, adding: “Guidelines on home-made cloth masks should stipulate multiple layers.”