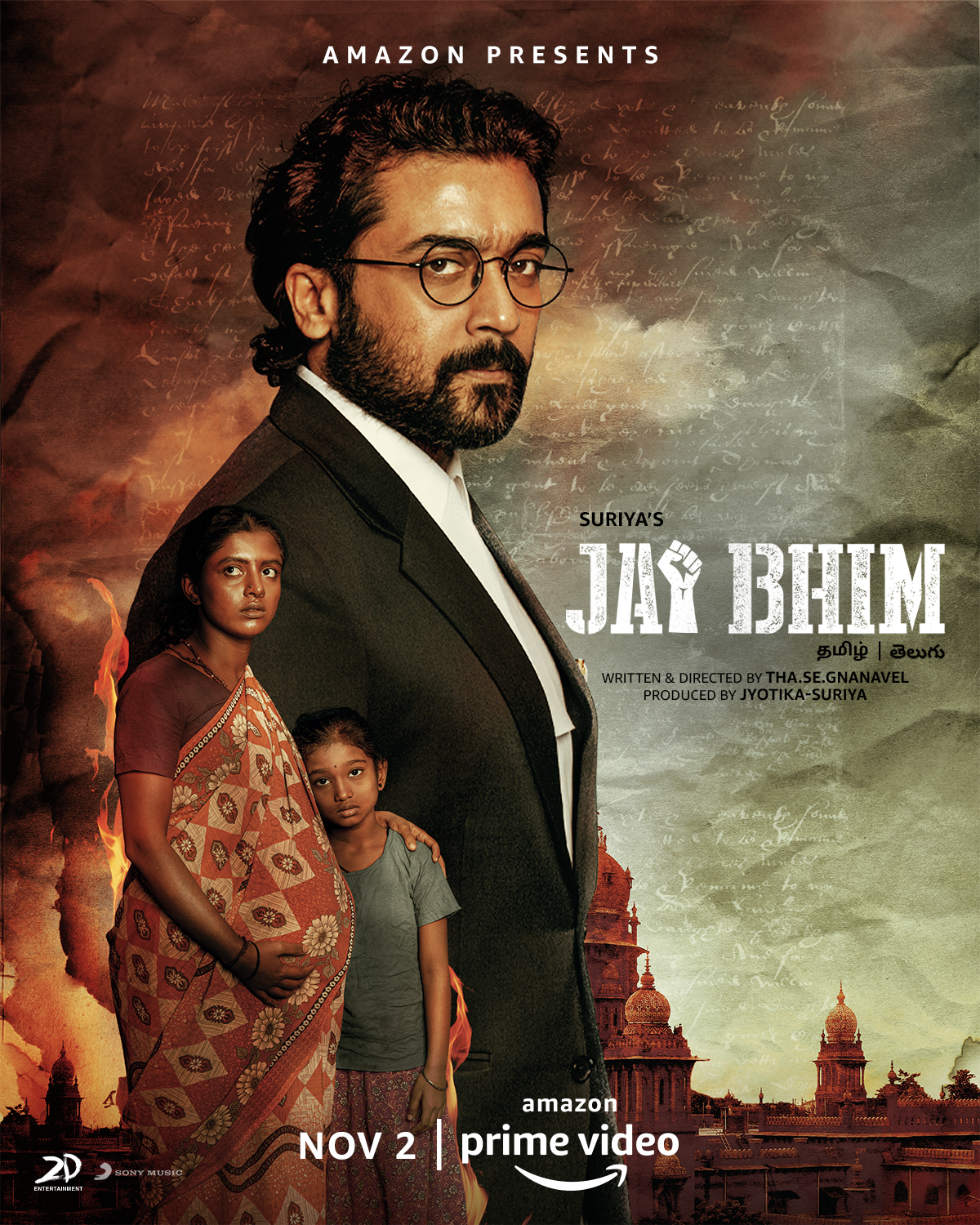 Mumbai : Amazon Prime Video today announced the global release of the courtroom drama Jai Bhim on 2nd November in India and across 240 countries and territories. Written and directed by Tj Gnanavel and produced by Suriya and Jyotika under the banner of 2D Entertainment, the highly anticipated Tamil film has Suriya play the character of a lawyer battling all odds for the tribal communities. Also featuring an ensemble cast of actors like Prakash Raj, Rao Ramesh, Rajisha Vijayan and Lijo Mol Jose, Jai Bhim has music by Sean Roldan and has been co-produced by Rajsekar Karpoorasundarapandian. Jai Bhim will also release in Telugu on the service starting 2nd November.

In a fine blend of mystery and drama, Jai Bhim delves deep into the lives of tribal couple Senggeni and Rajakannu. Ill fate strikes them as Rajakannu gets arrested and eventually disappears with no clue in sight. Out of despair, Senggeni seeks the help of a lawyer Chandru, who takes it upon himself to unearth the truth and bring justice to the destitute tribal women of the state.

Does justice finally prevail? To know, catch Jai Bhim in Tamil and Telugu on Amazon Prime Video, this Diwali from 2nd November, 2021.