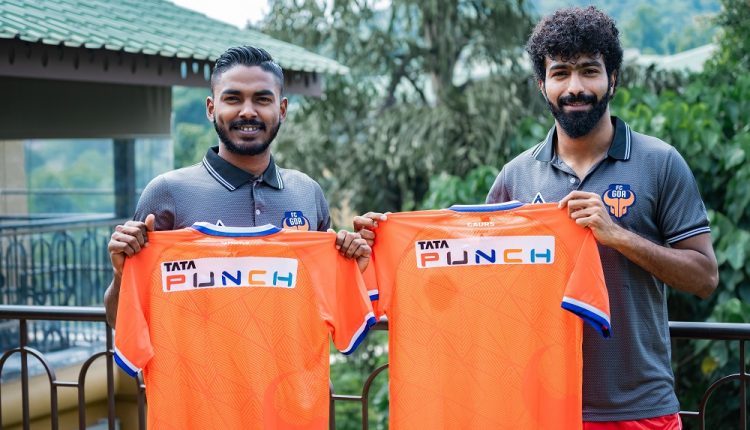 ~ The partnership will also see the two brands work at the community level with an emphasis on the development of the Little Gaurs League. ~

Mumbai: FC Goa is delighted to announce Tata Punch as the Club’s Principal Sponsor for the 2021-22 season of the Hero Indian Super League.

As part of the tie-up, the Tata PUNCH logo will be seen on the back of the shirt on both match days, training kits of the FC Goa first team and development teams.  Tata PUNCH will also be integrated across some of the most engaging digital content by FC Goa and will be doing activations for fans of FC Goa in the local markets for football fans from across the country who love to visit Goa.

Over and above their partnership with FC Goa, Tata PUNCH will also be supporting FC Goa’s foundation – Forca Goa Foundation for their baby league – Little Gaurs League.

Launched in 2019, Little Gaurs League has gone on to become one of India’s biggest grass root level tournaments. From 36 teams participating in the first year, the league has grown leaps and bounds with last season seeing 110 teams and 957 players (230 of them being young girls) participating across Goa and across four age categories (Under 6, Under 8, Under 10 and Under 12 leagues) which includes an exclusive Under 12 league for girls. In addition to the games, the tournament also serves as a platform for FC Goa to hold nutrition workshops for parents, coaches as well as the children participating.

The support from Tata PUNCH for the Little Gaurs League will go a long way in the development of the game in Goa.

According to Mr. Vivek Srivatsa, Head, Marketing Passenger Vehicle Business Unit (PVBU), Tata Motors – “We are excited to partner with FC Goa as its Principal Sponsors. FC Goa is one of the most consistent performing ISL Teams and is doing some great work in the local community to grow the sport. Goa is extremely passionate about its football and we are very happy to be supporting the growth of this beautiful game in Goa. Just like the Punch which “Vibes with You”, Goa has its own vibe and it is our pleasure to showcase the Punch in a state which resonates the same characteristics. We wish the team the very best for their game.

Akshay Tandon, FC Goa’s President weighed in on the development, saying, “We are honored to have one of India’s most respected and trusted brands – TATA Motors sponsoring us. We are committed to the development of the game in Goa and making Goa proud on a national stage, having a brand like Tata PUNCH as a sponsor makes our commitment even stronger.

“I would like to thank Tata Motors for their support and especially for supporting the Little Gaurs League too. It is so important that brands support football at a grass root and local level. This kind of support helps us give little girls and boys a platform to express themselves and grow their skills.

“It will also help us achieve our vision of finding the best talent in Goa and nurturing them to play at the highest level for the country. We look forward to delivering great value to Tata PUNCH and growing the partnership over the years”