The biggest Flix First Premiere is here! Binge on Ghostbusters: Afterlife only on &flix 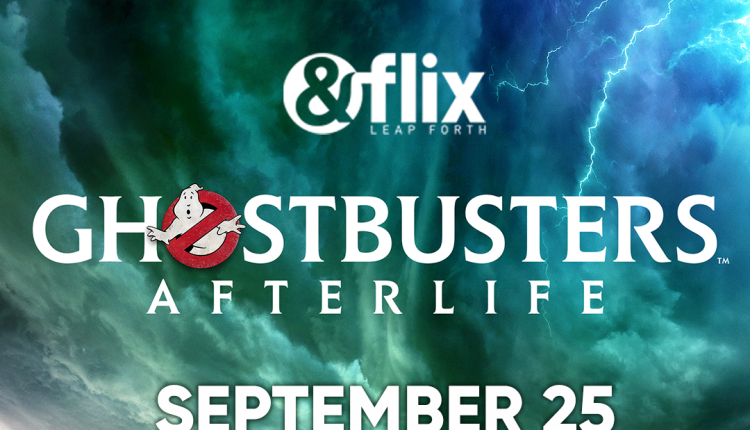 Mumbai : The OG Ghostbusters fans are in for a treat this weekend as Flix First Premiere is all set to telecast Ghostbusters: Afterlife. The movie with an immense fandom brings a nostalgic spin to the Spielbergian family adventures of the same period. Known to bring the best of movies to the audiences, &flix is premiering Ghostbusters: Afterlife this Sunday, September 25th, on &flix at 12 Noon and 9 PM. The film will be showcased in English on &PriveHD and Zee Café. It will also air on Zee Café SD/HD, &Prive HD, Zee Thirai, Zee Cinemalu, Zee Bangla Cinema, Zee Picchar and Zee Yuva in Tamil, Telugu, Bengali, Kannada and Marathi.

The legacy sequel of the 1984 Ghostbusters retains few members from the original cast including Bill Murray, Ernie Hudson, and Dan Aykroyd. The new cast members include Carrie Coon as Callie, Paul Rudd as Grooberson, Finn Wolfhard as Trevor, Mckenna Grace as Phoebe and Logan Kim as Podcast. The film promises a family watch, uniting generations in the love of Ghostbusters. Enjoyed by our grandparents in their times, the latest installment brings back the nostalgia along with a much-improved filmography.

Directed by Jason Reitman, the movie revolves around a single mom and her two kids arriving in a small town, as they begin to discover their connection to the original Ghostbusters and the secret legacy their grandfather left behind. Don’t miss the fun and riveting watch this Sunday on your Television screens!

Watch Ghostbusters: Afterlife premiering on 25th September 2022 at 12 Noon and 9 PM on &flix

From Maja Ma to Ammu, here are 6 movies/shows from Prime Video which should be on…