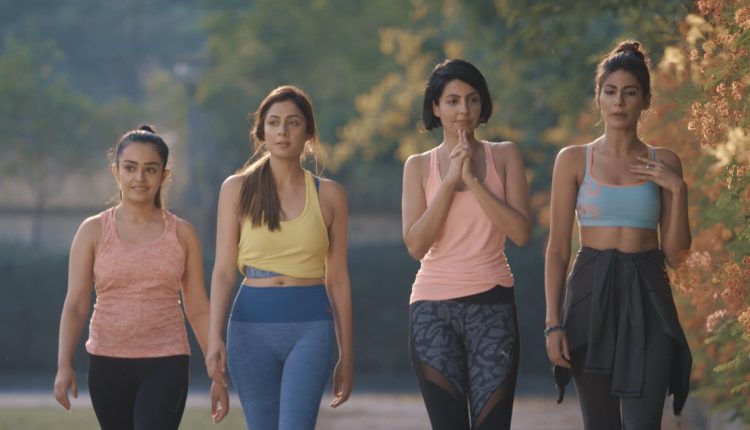 The first season introduced viewers to the girl gang from a small town in Punjab trying to fit in the elite Mumbai society. Season 2 will launch soon with 6 episodes filled with hilarious encounters, colourful characters, and the underlying essence of girl power winning at the end of the day. The ‘Patolas’ — Apoorva Arora (Punni), Sukhmani Sadana (Lovelle), Poppy Jabbal (Amrit), and Aasttha Ssidana (Noor) —will now be seen balancing their personal and professional lives while having each other’s back at trying times.

“The journey continues with a lot of fun and surprises in Season 2! I’m delighted that the audiences have loved ‘Udan Patolas’ and I promise that the second season will have double the fun,” said Sukhmani Sadana.

“I am ecstatic to know that the second season has been announced. My family, friends & followers have enjoyed the camaraderie of the four patolas and our entertaining characters. The light-hearted show has given our beloved audience a much-needed relatable comedy and everyone binged watched the entire season 1. My inbox is full of requests asking for season 2, we’d love to entertain them all over again.,” said Poppy Jabbal.

“There’s nothing quite as close to as exciting as ‘Udan Patolas’ for me. The show has given a refreshing and comic take on the journey of four ambitious women to the upper echelons of the maximum city. A lot is there to be told in the second season and I’m really pumped up about what the ‘Patolas’ already have in store for our beloved audience,” said Apoorva Arora.

“The show is special to me, as it’s my acting debut. Seeing the amazing response from the audience has really made me happy. I hope they will love the second season more, as Noor is back with her hot boyfriends and life problems as usual,” said Aasttha Ssidana.

Catch all episodes of Udan Patolas Season 1, streaming for FREE on Amazon miniTV which is available within the Amazon shopping app.

This monsoon, step out in style with the Crocs Classic Collection!

Five reasons why you should watch ‘Habaddi’, a joyful ode to innocence on…