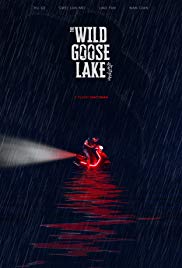 Mumbai : Directed by Diao Yinan, The Wild Goose Lake is a story of a gangster on the run who sacrifices everything for his family and a woman he meets on the Iam. The film stars Hu Ge, Gwei-Lun-mein, Liao Fan and Wan Qian and will premiere on &PrivéHD, the premium destination of nuanced cinema. Audiences can watch the film from this Friday, May 13th as part of &PrivéHD’s flagship foreign language movie block ‘Privé World Box Office’.

Privé World Box Office brings to the audience new premiers every week starting every Friday and running for the entire week till the next Thursday. The lineup includes films across genres and themes ranging from romantic dramas, comedy, fantasy and adventure. The line-up has a collection of movies that are each blockbuster in their country of origin thus ensuring high voltage entertainment for all.

The Wild Goose Lake is a neo-noir crime thriller based in the Chinese city of Wuhan. The story follows a small-time gangster Zhou Zenong who goes into hiding in the town’s shadows after killing a cop by accident. Now the target of both police forces and for-hire mobsters with a handsome prize on his head, he meets with the alluringly mysterious Liu Aiai, a compassionate, on-a-mission sex worker at the aforesaid train station. But the main question is, will she be able to bring him out of trouble or make things worse?

Dive deep into the Chinese mystery with The Wild Goose Lake premiering this Friday, May 13th at 9PM with repeats running all week till next Thursday only on &PrivéHD

How to Upskill and Reskill in Cybersecurity?