The Stranger aka actor Daniel Weyman teases fans of The Lord of the Rings: The Rings of Power; Here’s what he has to say on the mysterious character 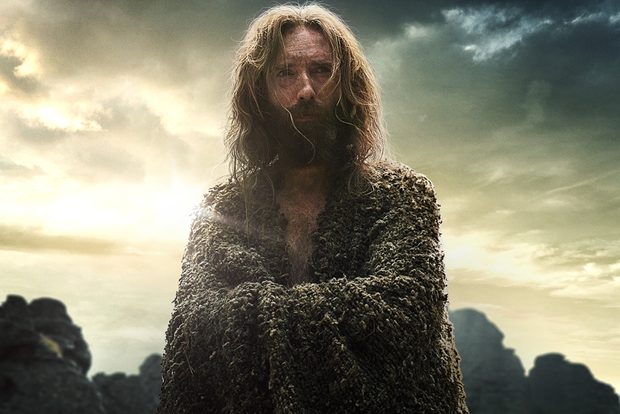 With five episodes in the Middle-earth Second Age, curiosity among the viewers of The Lord of the Rings: The Rings of Power to delve deeper is soaring high. As they avidly wait for Sauron’s evil powers, a mysterious and magical character, The Stranger, has captured their attention. The shabby and ragged Stranger, who crashed into earth in a ball of fire has left viewers speculating about the consecutive episodes of the Amazon Original series. Actor Daniel Weyman, best known for his inexplicable performance in crime drama ‘Silent Witness’ plays this intriguingly mysterious character.

Talking about getting into the skin of the character, Daniel Weyman shared that the makers were crystal clear about his character’s arch, which helped him put his best foot forward. “They (makers) were pretty clear at the beginning that what they were bringing me was a character who had, at his core, a really deep and primal purpose. He had a need to accomplish something, once I began to tap into that, other things flowed smoothly. Whether that was costume, or hair and makeup, or dialect and movement — all those things flowed from that very primal, guttural sense of, ‘I know what I need to do here. I know what I’m here for.”

Just like viewers, Daniel is also excited to see ‘what’s next?’ Daniel refrained from divulging into details but hinted that one can expect the unexpected from the Stranger. “As much as we don’t know about him, I think what we’re going to do, if we can stay with him, is to see that the way that he impacts communities around him is going to be dramatic. We are going to learn and learn and learn, and finding out what exactly is going on might not be so quick. Hopefully, people will have as much fun watching his story as I had to film it.”

A lot more is yet to be unraveled about the enigmatic and appalling Stranger, his motive behind the sudden visit to earth, and Sauron’s ultimate plan. All this and much more will be revealed, as Adar and his army march on Ostirith in the 6th episode, which will release this Friday, 30th September only on Prime Video. The Lord of the Rings: The Rings of Power streams in English, Hindi, Tamil, Telugu, Kannada and other international languages.