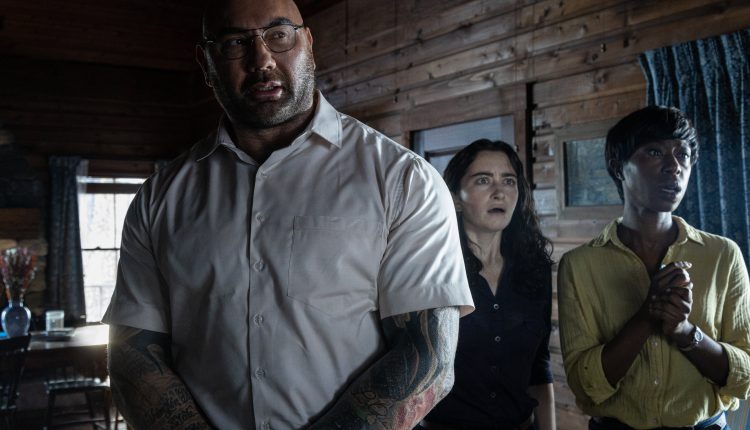 The trailer showcases a young girl and her parents vacationing at a remote cabin, and get taken hostage by four armed strangers who demand that the family makes an unthinkable choice to avert the apocalypse. With limited access to the outside world, the family must make a decision before all is lost.

The film features Dave Bautista, Jonathan Groff, Ben Aldridge, Nikki Amuka-Bird, Kristen Cui, Abby Quinn, and Rupert Grint in pivotal roles. The movie is set to hit the theatres from February 2023. So get ready to grip the edge of your seats!