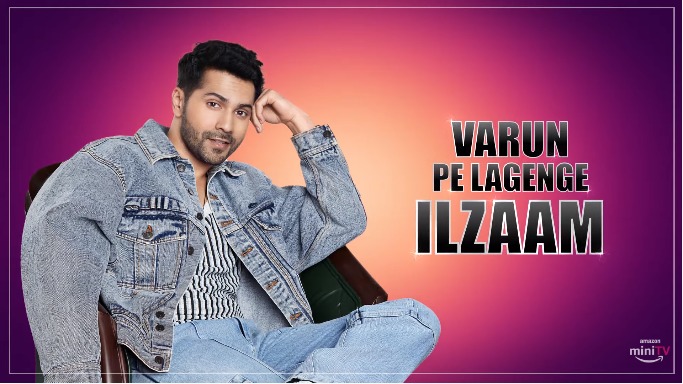 Bollywood star Varun Dhawan is all set to defend atrangi ilzaams being levied on him on Amazon miniTV’s courtroom comedy show Case Toh Banta Hai. As the first celebrity guest on the show, he faces funny verbal jabs from Janta Ka Lawyer aka Riteish Deshmukh, and has defense lawyer aka Bollywood ka Insaaf Specialist Varun Sharma to present his side of the story. Varun’s magnanimous entry in the premiere episode guarantees grand laughter, drama, and masti. In a video released just a day before the show launch, Varun is seen requesting his namesake advocate to get him out of atrangi ilzaams levelled by Riteish.

“Case Toh Mera Bohot Sahi Bana Hai! A courtroom where the lawyers, judge, opposition, everyone is your friend and they are roasting you in the best and in the most hilarious fashion! Shooting for Case Toh Banta Hai has been fun to be a part of; kudos to the entire team who made this happen. India’s first official court of comedy is set to send audiences into a laughter riot. Watch me fight all these Ilzaams in my episode, which will stream exclusively on Amazon miniTV”, said Varun Dhawan.

Kumar Sanu, the ace of timeless music lends his voice to the bi-lingual song ‘Dhul’