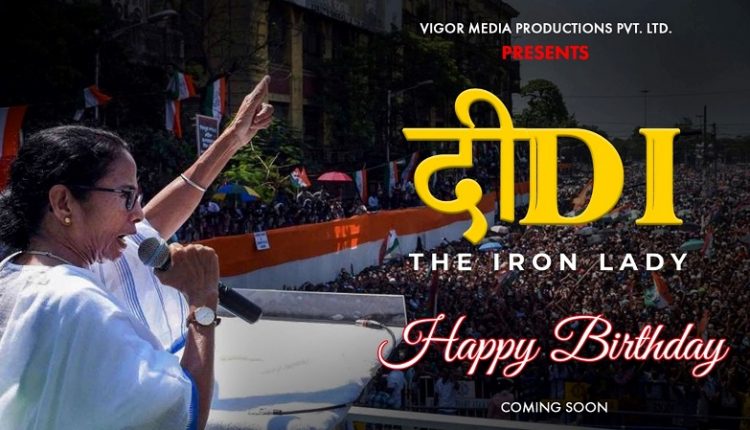 New Delhi : Vigor Media Productions, the Mumbai-based film production company is planning to come up with a series of biopics on different legendry leaders of the country including the Late Shri Atal Bihri Vajpayi, Tamil Nadu CM M K Stalin, Former Defence Minister Late Shri Manohar Parrikar and Late Shri Rajiv Gandhi, among others. The idea is to pay tribute and educate today’s generation about their exemplary leadership and contributions for the nation beyond their political entity.

The films will be primarily focused on reflecting their real life struggles, their devotion and passion for their services for the nation. The movies will be targeted for the leading OTT Platforms available in the country. On the occasion of the birthday of the Hon’ble Chief Minister of West Bengal Ms. Mamata Banerjee, Vigor Media Productions has also announced it will soon come up with a biopic movie on the life and struggles of the Iron Lady of Bengal Ms. Mamata Banerjee.

Mr. Nikhil Singhal, Director, Vigor Media Productions said, “I’m very sure the series of biopics which includes the legendry leaders and their contribution for the nation will help today’s youth to know and appreciate their true spirit and passion for the nation. It’s an opportune moment to announce the series of biopics starting with the honourable Chief Minister of Bengal on the occasion of her birthday.”

Vigor Media Productions has a well-equipped office cum casting studio at Nariman Point in Mumbai for managing its film production business. Vigor Media Worldwide has a strategic tie up with ‘The Casting Company’ situated in Bandra West, Mumbai that will handle all the casting requirements for Vigor Media productions. It has been equipped with a casting studio for selecting actors for its movies and ad films. Currently a series of auditions are underway before a casting panel for its upcoming productions. Meanwhile, Vigor Media Worldwide is also in talks with several directors and the leading actors for its upcoming movies.

Vigor Media Productions is the film production arm of the global public relations and image management major Vigor Media Worldwide. Creating a sizeable difference in the industry and taking a big leap forward, Vigor Media Worldwide has spread its footprints impressively across digital, media buying, strategy management and corporate advisory segments, among others.