What humans can learn from smart bacteria 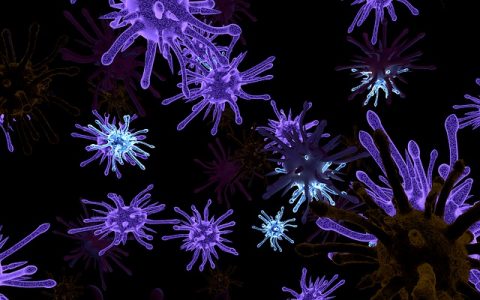 The world’s attention right now is undoubtedly focused on microbes, where we are pooling our international resources to fight against organisms that have been fine-tuned by evolution for billions of years to cause unsympathetic devastation to billions.

The sophistication of some microorganisms, however, has been a huge source of scientific interest, with countless advances in various fields aided by the diverse world of bacterium.

The gene-editing tool CRISPR, for example, has proved to be a gamechanger in recent modern genetics during the last few years.

The concept of bacteria being complex and sophisticated is well accepted, however the threshold for what we consider sophisticated and even, in some rough form, intelligent comparable to the human brain is increasing as time goes on.

There have been surprising similarities found between the way bacteria operate in large numbers and how more sophisticated neurons work in complex animals to create types of memory.

Researchers from the University of California San Diego have found that bacteria cells that are exposed to light are able to remember how long the duration of light exposure was several hours after being stimulated.

Professor Gurol Suel said: “Even just a few years ago people didn’t think bacterial cells and neurons were anything alike because they are such different cells. This finding in bacteria provides clues and a chance to understand some key features of the brain in a simpler system. If we understand how something as sophisticated as a neuron came to be-its ancient roots-we have a better chance of understanding how and why it works a certain way.”

Previous recent revelations have demonstrated that bacteria are capable of communicating with each other using membranes on their surface. Now, evidence is suggesting that they are able to produce complex memory patterns grouped in large numbers in what is called a biofilm.

The bacteria species in question, called Bacillus subtilis, were able as a colony, after being exposed to light, to react differently as individuals, suggesting that the memory had been encoded throughout the community.

Being able to visualize which bacterium had the memory and which did not may also prove useful in understanding the human brain, as it is impossible to detect in someone’s head which neuron cells contain the memory of something, and which do not.

This is exciting news also for the field of bacterial computing, where, for more than 10 years, scientists have managed to arrange bacteria in a manner where they can help solve mathematical problems, as demonstrated by the humble E. Coli bacteria way back in 2009.

An astute benefit of bacterial-based computing is that the computing power would also increase exponentially, as the bacteria continue to reproduce. This new development in the memory-saving functions of bacteria therefore holds great promise for this futuristic and novel form of synthetic biology.

In a world that is reeling from the novel coronavirus outbreak, it is important that scientists keep up their work in analyzing such complex and mysterious invisible microorganisms, to help improve our world through developing future technologies. Humans too remember hardship, and the devastation caused by pandemics highlights the need for us to pay attention to nature, learn from it, and harness its natural intelligence.

What are the Benefits of Green Tea?

Laser-treated metals might be next step in Fight against Germs