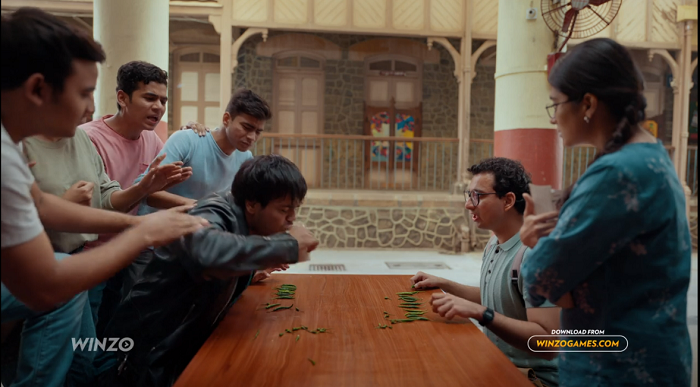 ·         The campaign aspires to emphasize on how diverse audiences, cutting across age, gender and geographies, can bring their aspirations of competition and entertainment from their daily lives online, on WinZO and emulate little victories of their lives.

Mumbai: WinZO, India’s largest social gaming platform, is set to launch its multilingual brand campaign in close collaboration with Ogilvy’s Chairman of Global Creative & Executive Chairman, India, Piyush Pandey. The campaign drives WinZO’s core objective of delivering winning moments through a relatable social platform to over a billion Indians. Through this campaign, WinZO aims to establish itself as the preferred destination for all interactive entertainment for every household of Bharat.

The entire campaign theme and stories were conceptualised by globally renowned Chairman of Global Creative & Executive Chairman, India of Ogilvy, Mr. Piyush Pandey. With numerous successful and widely popular brand campaigns for Multinational companies over the years, Mr. Pandey is widely regarded as a veteran of the global advertising industry, decorated with India’s Civilian Honour of Padma Shri. With this engagement, Mr. Pandey and Ogilvy will be bringing their plethora of experience to the new and rapidly growing industry of Gaming for the first time.

WinZO’s new campaign aims to capture the raw human emotions of competition, winning and associated delight that create lasting social connections. The campaign also aspires to emphasize on how diverse people, cutting across age, gender, and geographies, can bring their aspirations of competition and entertainment from their daily lives online on WinZO and emulate these little victories in our lives. These everyday conquests have been articulated and crafted into four humorous video stories by Ogilvy which will be launched as TVCs across digital platforms such as YouTube, Facebook, Instagram as well as other electronic modes such as TV, radio, OTT platforms, amongst others, to maximise the brand’s visibility among the Billion plus audience of India.

WinZO had launched the multi-media campaign #JeetneMeiKickHai last year which celebrated the “kick of winning” in people’s daily lives and helped establish the brand’s relatability and recall value. The upcoming campaign, as an extension of the previous campaign, will expand on the theme of excitement experienced by individuals in social circles merely by small winning moments, bringing forth the spirit of the platform alive.

Speaking about the new campaign, Saumya Singh Rathore, Co-founder, WinZO said, “While the last decade belonged to e-commerce boost in India, this decade belongs to gaming and Interactive entertainment. India is at the epicentre of this rapidly growing trillion-dollar global gaming opportunity. As a leading player in the space, our partnership with Piyush and Ogilvy is symbolic of us recognizing and taking this responsibility of establishing gaming as a mainstream social activity. Piyush has not only helped build brands but also contributed in building large sectors through his campaigns over decades. We are excited to collaborate with him to achieve the same for the gaming industry and our brand.”

Commenting on the rationale behind the campaign, Mr. Piyush Pandey, Chairman of Global Creative & Executive Chairman, India at Ogilvy said, “It was great fun for me working on the WinZO campaign. Playing some game or the other is inbuilt in human nature. We’ve tried to get into real life and real ways of how each one of us, no matter what strata of society we come from, enjoy these moments. And from there comes the belief that WinZO gives you a lot of opportunities to play games that you thoroughly enjoy and get the kick of winning from. It’s been wonderful working on this campaign, and I hope our audiences enjoy watching the films.”

As a part of its brand development exercise, WinZO has also secured the principal sponsorships for two major Vivo Pro Kabaddi League (PKL) teams, Bengal Warriors and Gujarat Giants, as well as associate sponsorship for Patna Pirates. PKL is the second most followed sporting league in the country after Indian Premier League.

WinZO has established itself on the map as a leader in the game tech industry through its unique value propositions not being provided by any other player in the industry. These include its highly personalized and culturally relevant social-gaming experiences for its users, 12+ vernacular language offering and social gaming levers. The company has been aggressively investing in aiding the game tech ecosystem by supporting and engaging with game developers, studios, players, game streamers, and talent amongst others.

The Clownfish raises funding from Velocity

Amazon Studios will release I WANT YOU BACK globally on Prime Video February 11, 2022