While many theaters, opera houses and concert halls across the globe remain closed, one of the world’s most prestigious summer music festivals opened in Austria this weekend — with strict anti-coronavirus measures in place. 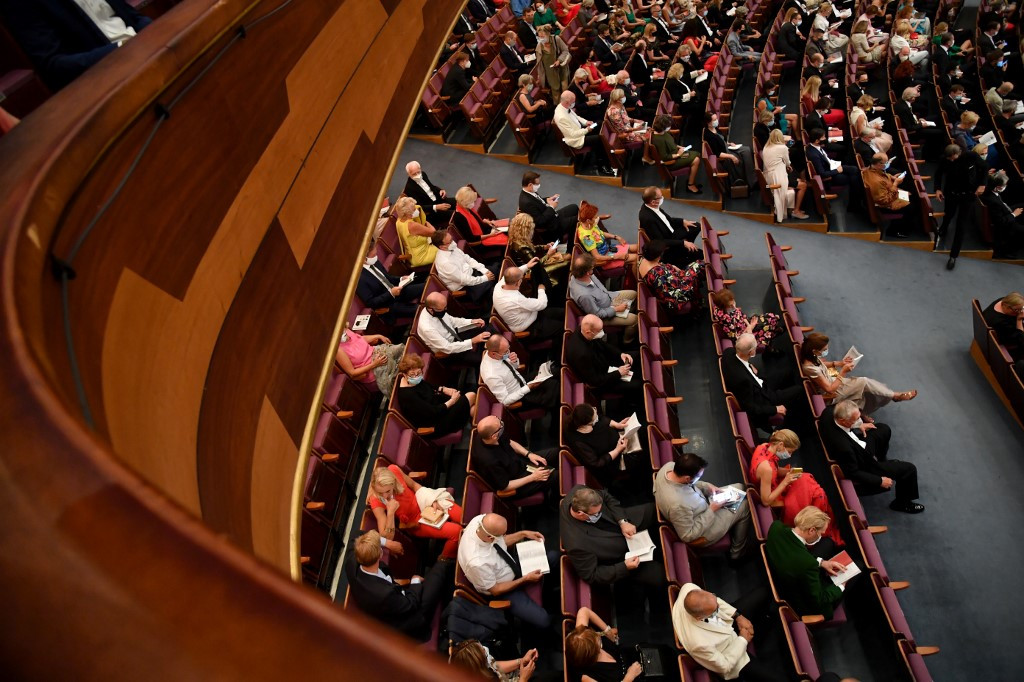 Organizers of the annual Salzburg Festival had originally planned a glittering array of 200 events for its star-studded 100th edition.

But they were forced to shelve many of the concerts, operas and theater performances as a result of the COVID-19 pandemic and drew up a much slimmed-down program instead.

The month-long festival kicked off on Saturday with a performance of Richard Strauss’s blood-curdling opera “Elektra” in a brand-new staging by Poland’s Krzysztof Warlikowski.

The curtain also rose on a new production of the Everyman play, written by one of the festival’s original founders Hugo von Hofmannsthal and staged every year here since.

But a thunderstorm forced that performance indoors — it is traditionally held on Salzburg’s Cathedral Square. And local media reports suggested that the audience, all obliged to wear face masks, found it hard to keep safety distances until seated.

Organizers are imposing strict safety measures on the 110 shows that are still going ahead.

All 80,000 tickets on sale — down from the usual 230,000 — are personalized to enable contact-tracing in case of an infection

Spectators have to wear masks until they are seated, and there are no intermissions or catering.

Artists unable to keep a distance of at least one meter from their colleagues, such as those in an orchestra, have to undergo regular coronavirus tests.

Also on the program is the premiere of a new play, Zdenek Adamec, by Nobel Prize winner Peter Handke and a new production of Mozart’s “Cosi fan tutte” by German director Christof Loy.

Austria has so far escaped the brunt of the pandemic, recording some 21,000 new coronavirus cases and around 700 deaths.

But new infections have risen again in recent weeks since tough virus-related restrictions have been largely lifted.

One notable recent cluster is at the picturesque Lake Wolfgang, less than 50 kilometres from Salzburg.

Authorities insist the spread of the virus is under control at Sankt Wolfgang and elsewhere in the Alpine nation of nearly nine million people.