The rapid development of fifth-generation commercial services in China is set to create a huge cloud gaming market, injecting new impetus into the sector, experts and entrepreneurs said.

Superfast 5G technology is likely to unlock new opportunities for the emerging cloud-gaming sector in the next few years, helping meet the growing gaming group’s needs for premium experiences on mobile platforms using 5G, they said. 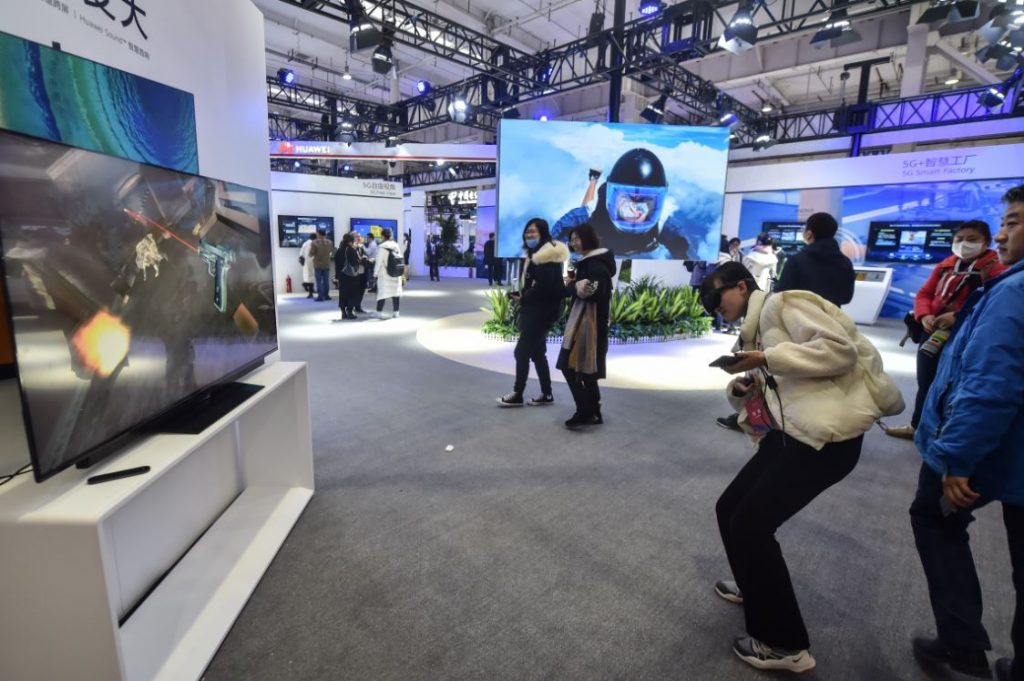 Gaming is now moving to the cloud as 5G wireless technology creates new experiences to play the next generation of games anywhere and on any device with internet connectivity.

In the coming years, mobile devices will be able to offer consumers high-end console and PC gaming experiences. And new players will be attracted to play video games with better graphics quality and will pay more subscription fees instead of spending on high-performance hardware, experts added.

“We will see gradual development of cloud computing along with the 5G commercialization process,” said Cheng Yuan, an analyst at Cinda Securities. “Cloud gaming is essentially a kind of online interactive media, which reduces the need for technical hardware and helps improve users’ gaming experience. However, due to the current infrastructure construction, it will still take some time to see robust growth in cloud gaming.”

Chinese internet consultancy iiMedia recently said the country is expected to have more than 600 million cloud gamers by the end of 2023, with a market size worth more than 100 billion yuan ($14 billion).

The consultancy said in the report that cloud games will help drive transformation of the entire gaming industry chain, intensify competition among cloud-game platforms and improve the content quality of games.

Recognizing the growing potential of the cloud-computing market, a number of gaming companies are making moves into the sector. Foreign names such as Google and Microsoft have already announced their cloud-gaming plans. And China’s gaming and social media giant Tencent Holdings Ltd also recently launched a co-innovation lab with Huawei to develop a mobile cloud gaming platform.

A new report, jointly released by the China Telecommunication Technology Laboratory under the China Academy of Information and Communications Technology, and the 5G Cloud Game Industry Alliance, said cloud-gaming platforms will see huge growth in 2020.

According to the report, Chinese gaming companies are actively carrying out research and development in cloud games, and the combination of cloud games with other media forms such as livestreaming will generate a series of new types of cloud-gaming-based content.

“The commercialization of 5G will attract more gamers to play cloud games, driving rapid growth of the emerging market,” the report said, adding that the novel coronavirus epidemic has largely confined many people to their homes and created a new group of cloud gaming players, which will also contribute to robust growth of cloud gaming this year.

Lu Xiaoyin, chief executive officer of the games segment of Perfect World Co Ltd, said that due to many people staying at home amid the novel coronavirus epidemic, people are seeking entertainment on digital platforms, and the cultural and creative industry has ushered in a new round of digital transformation such as the development of cloud gaming.

Lu said 5G technology is a vital enabler of cloud gaming, helping overcome terminal hardware constraints. “We’ve already made a move to cloud gaming, and this year we will also explore the commercialization of 5G and virtual reality.”

Experts argue that users will likely be willing to pay for the new generation of cloud games with better graphics and new experiences, but they also caution that it may still take a long time to see the onset of true performance using 5G technology.

Sun Hui, chairman and CEO of Beijing Fuzhi 99 Software Technology Co Ltd, said cloud computing is at a very early stage of development and its future development depends highly on the popularity of 5G smartphones.

He said 5G cloud gaming will blur the lines between console, PC and mobile-based games and level the playing field for gaming.