In England, the phased reopening of schools is due to begin on June 1. But a recent poll of parents has revealed that around half are unconvinced that their children are safe to return.

Fortunately, there is an increasing body of evidence that we can consider. In light of the widespread concern, we’ve reviewed the risks posed to children by COVID-19 and answered the most pressing questions. 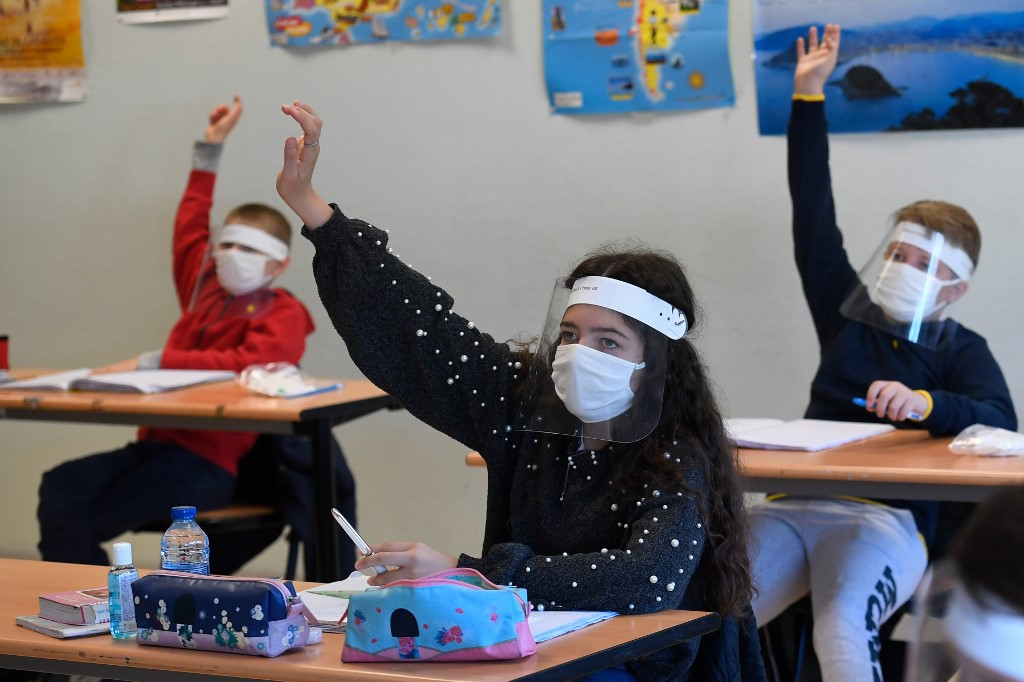 To answer this, we can look at two important sources. The first is data from widespread community testing. In Iceland, 6 percent of the population was screened early on in the pandemic (22,279 people). In the targeted testing group (which tested people either with symptoms, from high-risk areas or who had come into contact with someone with COVID-19), 6.7 percent of children under 10 tested positive, compared with 13.7 percent of people aged 10 or over. In the random population screening group, all under-10s tested negative, while 0.8 percent of persons 10 years or older tested positive.

And, in the municipality of Vo’ in northern Italy, 86 percent of the population (2,812 people) were tested after a resident died early on in the epidemic. All 217 children aged 10 or under tested negative. Out of the 250 young people aged 11-20 who were screened, 1.2 percent were positive, compared with 3 percent for those 21 years and older.

The second useful source is detailed track-and-trace data linked to demographic information. A Chinese study analyzed whether 105 COVID-19 patients transmitted the virus to their 392 household contacts. It revealed the risk of a child acquiring the virus from a positive household member was only 4 percent, compared with 17.1 percent for adults. Similarly, contact tracing data from Hunan province in February showed that 6.2 percent of children aged 0-14 who had been in contact with a COVID-19 patient caught the virus, compared with 10.4 percent of older people.

Do children fall ill if infected?

Young infants are generally more susceptible to picking up infections and falling ill. But for COVID-19 the evidence suggests it’s the other way around. Public Health England data up to May 22 showed that only 1.6 percent of all COVID-19 cases had been in children (aged 0-19), despite them making up 23.4 percent of the population.

Of course, this data is influenced by many factors, including testing strategy. For example, very young children may not be tested in the community, while testing in hospitals is likely to include more seriously ill patients, who tend to be adults. But reports from other countries consistently show low numbers of cases among children, with milder disease compared to adults.

Data from China and the USA and a review of studies published up to May 1 show that the illness in children is either asymptomatic, mild or moderate in 88-97 percent of cases. Only about 0.6-2 percent of children are admitted to intensive care and 0-0.18 percent of cases are associated with a fatal outcome.

A novel syndrome in children (called the paediatric inflammatory multisystem syndrome temporally associated with SARS-CoV-2 infection, or PIMS-TS) has gained increasing attention recently. This condition remains rare, with about 230 suspected cases across Europe and two fatalities reported. A British Paediatric Surveillance Unit study is underway to gain further insight into the condition.

Do children transmit coronavirus to others?

It is difficult to formally quantify the extent to which children contribute to transmission of the coronavirus. There is, however, increasing circumstantial evidence suggesting that their contribution is limited and that children are far from being the “super-spreaders” that they can be with seasonal flu.

An analysis of 31 household transmission clusters found that in only three was the index case a child. And a systematic review on children and coronavirus transmission found that, although able to transmit it like any other individual, children seem much less likely to do so.

In the Netherlands, the tracing of more than 700 contacts of patients with COVID-19 has shown different infection rates depending on the patient’s age. For patients aged 18 and under, none of their contacts tested positive. In patients 19 years or older, however, 9% of their contacts were positive.

Is it safe for schools to reopen?

Denmark was the first country to reopen schools in Europe, and others such as Norway, Germany, France and the Netherlands have followed. In Denmark, the virus’s reproduction number rose from 0.6 to 1.0 after opening schools, but came down again within a week. As of May 12 there were no reports of outbreaks in Swedish schools, which have remained open during the pandemic.

The available evidence would suggest that the risks posed by children returning to school is small. The potential for transmission of coronavirus within schools can be reduced by adequate infection control measures, such as pupils physically distancing from staff whenever possible, frequent handwashing, and prompt testing and isolation of individuals with possible COVID-19 symptoms. Additional measures such as children remaining within a small peer group (“social bubble”) and increasing the time spent outdoors should also be considered.

School plays a critical role in the wellbeing of children. It is not only a place to learn, but to socialize and exercise, and for some children to simply be safe. While some schools provide effective online learning, this is far from universal, and children from more disadvantaged backgrounds are increasingly deprived of crucial education by school closures.

We therefore conclude, like other colleagues have also recently done, that a progressive return of children back to school, supported by adequate preventive measures and an effective test, track and isolate strategy, is now advisable.