From Justin Bieber: Our World to P!nk: All I Know so far; Keep your tabs on these 5 musical documentaries 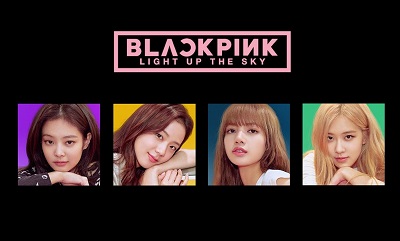 We all love documentaries and performances which give us a sneak peek into the lives of our favorite icons.  They might be actors, sports personalities, entrepreneurs or musicians but they allow us to know our role models a little bit more. They give us an insight about the hurdles these famous personalities faced during and after they have reached their desired goals and how they try to maintain symmetry between their work and professional life. Hence, such documentaries are motivating and moving to the viewers. So, without any further ado, here are 5 documentaries on musicians which will give you the courage and passion to follow your dreams.

Homecoming: A film by Beyoncé (Netflix)

Known for her revolutionary voice, Beyoncé is a voice to the voiceless and a representation to the human race. The icon has released a documentary about her life on Netflix which is power packed with motivation, life lessons and her melodious voice. This documentary is all we need when we are going through a rough patch. The ever-present Live, laugh and love might be renowned in its own right, but explaining these three “L’s” in a simple but impactful manner is something Beyoncé has done countless times.

P!nk: All I Know So Far (Amazon Prime Video)

As a singer who has changed the definition of concerts, P!nk not only sings but her songs carry a deeper message to make this world a better place. Combined with her graceful acrobatic skills without any ‘hustle’ and some of her iconic songs, P!nk is the face of a revolution much needed in the society. Her artistic talent to motivate people through her lyrics and strong voice is all one needs to hear to break the stereotypes. P!nk: All I Know So Far is her documentary released on Amazon Prime Video which will showcase her not only as a singer but as a woman, wife and a mother.

Blackpink: Light Up the Sky (Netflix)

Blackpink is a band which proved that music has no barrier. This musical documentary focuses on a band run by 4 Korean girls who quickly rose to fame because of their singing skills. Their songs have been liked and admired globally and they have put Korean music on the charts of top global music. The story portrays them as artists and how they came together to form Blackpink and their international popularity.

Whenever we hear Coldplay, their songs from “Viva La Vida” to “Hymn For The Weekend” fills our minds. This band has a massive fan following as their songs are full of magic and watching them perform for hundreds and thousands in attendance is truly a phenomenal experience. Coldplay: A Head Full of Dreams is a documentary which will give you the high as you meet your favorite band. This documentary is unique and special because it depicts the story of Coldplay from the beginning, the time they started this band to present day where they are globally renowned artists.

So, if you are looking for some real life motivation but with a twist of music and merriment then these 5 musical documentaries are your destination.